Why I’m Voting for Joe Biden for President 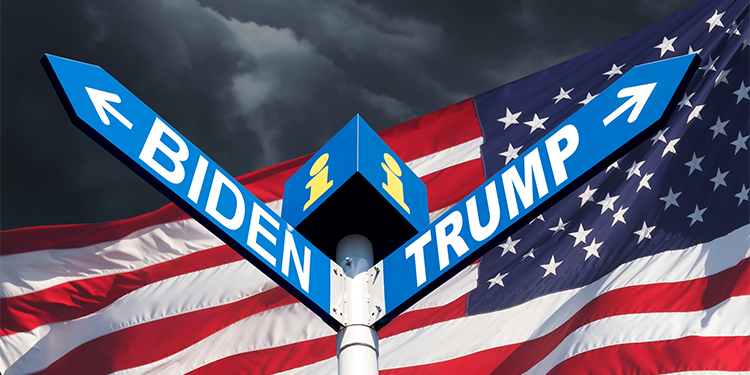 I grew up in an Army family. Both of my parents were service “Brats,” my father a “Navy Junior” and my mother an “Army Brat.” Four of my five uncles were career Army, Air Force and Navy officers. And then there’s my brother-in-law, cousins, nephews, and grandnephew, all of whom wore the uniform. My children are Air Force brats.

My father, an infantry officer, served for 30 years, from the time he graduated from the US Military Academy until he retired in 1969. He was a soldier, but more importantly, he believed in peace and valued our NATO and SEATO allies. Never talking about his harrowing war experiences, he believed in international alliances that would help prevent future wars and safeguard future generations of the world’s children.

I grew up learning from the example he set that military officers (commissioned and non-commissioned) are educated men and women for whom leadership is a sacred duty.

The past four years have been a case study of failed leadership. The current President of the United States has put his own personal and political needs ahead of the citizens of this country. He has failed in leading the country – all 50 states and territories of this great nation.

Donald Trump has shown so little respect for the women and men of our military that he insults and demeans everyone from Gold Star families to POWs, from those who fell on battlefields far away, to those who rose to lead our military branches. Those leaders are not “his” generals. Those who fell or were captured are not “losers.” Those who lost loved ones in service are not suspect. Those who volunteer to serve are not “suckers.”

He treats the Oval Office, the White House and Congress as the set of a reality TV show, writing the scripts on Twitter. He fires the competent professionals (career government ones and even his own appointees) because their considered opinions dare to disagree with his notions. He replaces them with “extras” who “look the part.” He undermines national security by shredding our alliances and cozying up to autocrats.

His idea of a gonzo ratings boost has been the systematic dismantling of environmental protections first brought into law by a Republican president almost 50 years ago.

In an unintended twist of irony, he has been hospitalized with COVID-19, while his Department of Justice is battling in court to strike down the pre-existing conditions protections guaranteed in the ACA. The protections that every one of us will need if we become survivors of COVID-19. And don’t fall for his years’ old ad that he has the best health care plan ready to go. He doesn’t.

His most deadly impulse to write COVID-19 out of his script endangered and continues to endanger the lives of millions of Americans and has added to the devastating toll of over 210,000 American deaths.

Donald Trump is a failed leader. He cares more about himself than he does you or me or our dear families and families.

I am voting for the future of our country, choosing a man with almost four decades of experience as a U.S. Senator and eight years as Vice President of the United States. Joe Biden knows government from the ground up and inside out through his roles as Senator and Vice President. He knows what works and what needs work.

As Vice President, Joe Biden led the successful effort to dig us out of the Great Recession of 2008, a recovery so strong that even the current Administration and its incompetence and massive tax cuts for the 1% could build on it for almost 3 years.

The Biden administration will prioritize health care, the environment and job creation in a changing world economy. It will prepare for crises by re-joining and even leading global efforts to prepare for and respond to pandemics and the looming cataclysm of climate change. Science, Reason and Expertise will be at the table once again. The military and the intelligence communities will again be respected.

In addition to the knowledge and expertise Joe has learned through his service to this nation, he is a decent man who believes that his role has been and will continue to be to work for us, his fellow Americans. He has shown a willingness to reach across the aisle, acknowledging opposing points of view while creating consensus. With new knowledge, he has modified positions to better match the emerging reality that science, expertise, and experience bring. He is not perfect. But he learns from his mistakes because he can admit that he makes them. More importantly, he knows that denial and avoidance are dead end roads (as we are all have become too painfully aware).

Joe understands hard work and sacrifice to something greater than himself: The United States of America.

Joe Biden is a leader we can trust to lead for us.

He has my vote.