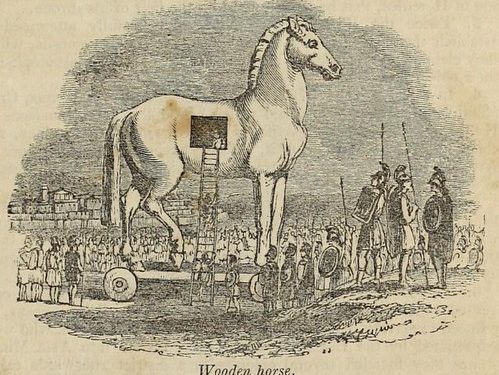 A number of commentators looked upon Joe Biden as a “Trojan Horse” candidate, meaning that he was palatable as a candidate to the Democrat power brokers, but once the election was over, he would be discarded in some fashion and the number two person would take over and govern.  To ensure Joe would not self-destruct prior to the election, the party kept him in his basement for most of the pre-election cycle, allowing him to come out for debates where he would be fed softball questions and other very structured appearances where the possibility of his saying/doing damaging things to his candidacy were minimal. There were serious questions about how well he was handling the aging process and the leaders did not want that side of Joe to show.  The power brokers were mostly concerned about who would take his place and govern and Harris was chosen, since her philosophy most matched the “woke” movement that now controls the Democrat party.

The Main Stream Media/Big Tech control news and they had suppressed news about the various ethically questionable Biden family enterprises.  However, there was a crack in the wall and some of the Hunter Biden story was released by the NY Post prior to the election, major media and big tech did all they could do to smother the story.  They were largely successful in that effort, since fully one sixth of Biden voters in one survey said they would have changed their vote if they had known the Hunter Biden story.   The major media was more interested in running anti-Trump stories and were quite successful in reaching the electorate.  After the election the die had been cast, but prudence dictated waiting a suitable amount of time before deposing Trojan Horse Biden and installing their preferred candidate.  Were all the stories about the election being illegitimate/fixed/questionable wrong???  Probably not, but with big tech and many billionaires being on the Democrat side, obfuscation of those issues will persist, until they probably simply go away.

There were six contested states and they all exhibited similar kinds of anomalies, namely, ineligible voters, voters who voted in multiple states, fake ballots, destruction of legal ballots, dead/ghost voters, counting ballots multiple times and other forms of ballot mishandling.  These tended to show up in these states, which suggests some form of coordination of activity, nationally.  Even though Biden’s handlers kept a tight rein upon his movements and speeches a few comments raised eyebrows, such as “We have put together the most inclusive and extensive voter fraud organization in the history of American politics”, and, “We chose truth over facts.”  Is it any wonder why he was confined to his basement for much of the summer?

Meanwhile Dominion Voting Systems has demanded that Sidney Powell retract some of the statements she has made about them, such as their ties to Venezuela and Chavez and that in some counties that used Dominion, the voting favored Trump. However, Allied Security Operations Group performed an audit of Dominion machines in Michigan and concluded that Dominion Systems “intentionally generates an enormously high number of ballot errors. The electronic ballots are then transferred for adjudication.  The intentional errors lead to bulk adjudication of ballots with no oversight, no transparency and no audit trail.  This leads to voter or election fraud.”  Sounds like Trump’s suggestion of a forensic analysis of the voting in the states in question would prove valuable in trying to find out the truth. Incidentally, Director of National Intelligence, John Ratcliffe, has confirmed that there was foreign interference in the 2020 election…and the beat goes on.