Time, Death and Love: Two Are An Illusion 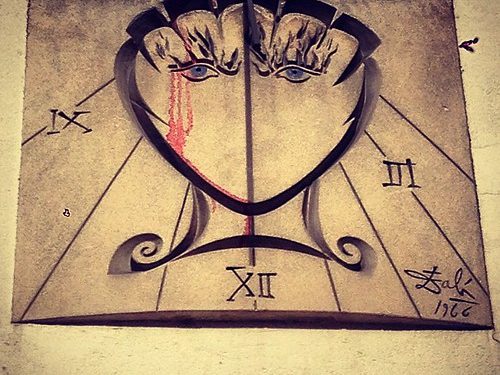 This February, I begin my seventy-sixth trip around the sun. It only takes three hundred sixty-five days to make the journey. To look at my trip another way, this life journey around the sun has been going on for twenty-seven thousand two hundred and seventy-five days. During that time, the earth has spun around with me on it for six hundred fifty-four thousand six hundred times. You would think I would have learned a lot by now. Actually, I knew more at the age of eighteen than I know now. At eighteen, I did not know what I did not know. Now, I know that I do not know what I do not know. In fact, there are times when I am not sure I even know anything. The downside to this awareness is a realization that I cannot take anything for granted. The upside is that there are certain things that I do know that are at the core of my being. I think I am getting a better understanding of time, death, fear, and love.

On a summer trip to Maine when I was a sophomore in college, I came across a tombstone that read “As you are now, I once was. As I am now, you soon shall be.” There was no name or date, just the quote. Obviously, that quote made an impression on me because I have remembered it all these years. I can even see the tombstone in my imagination. Unfortunately, I did not have the perspective of time then that I do now. My parents tried to explain to me how time speeds up as you get older. With the passage of years, I now know that time is an illusion. Sure, there are ways to measure time, but try to slow it down, speed it up, or stop it. If an hour in a kid’s life can seem like an eternity, but that same hour to a grandparent seems to fly by, then even if we can measure time, it must be an illusion. In time, the past does not exist, the future is only imaginary. All we have is right now.

Like time, death is an illusion. I knew that the moment I put my hands on my dead father-in-law’s hands while he lay in his coffin in the funeral home. His hands felt like a package of drumsticks in the refrigerator. Mike was not there. Sure, the shell we call a body was there, but the essence of what made him Mike was not there. I did not know where he went until years later when my mother died of a stroke seven days after learning she had stage four lung cancer. My understanding of where she and Mike went came to me when I read a plaque that was erected on the shore of Passage Canal in Whittier, Alaska. On the plaque was engraved a Mich-oh Indian prayer. The plaque was erected in the memory of fishermen lost at sea and read, “Do not stand at my grave and weep. I am not there. I do not sleep. I am a thousand winds that blow. I am the diamond glint on snow. I am the sunlight on ripened grain. I am the gentle autumn’s rain. When you awaken in the morning hush, I am the swift, uplifting rush, of quiet birds in encircled flight. I am the stars that shine at night. Do not stand at my grave and cry. I am not there. I did not die.” People who you love do not die. That, too, is an illusion. They live in the love you have for them.

If time and death are illusions, what about fear. Is it real? Unfortunately, fear seems to have a grip on us right now. We fear that others might bring us physical harm because of our beliefs. We fear that our understanding of democracy might be taken away from us. We fear that we have no control over our futures. Fear seems so very real, but it cannot exist where there is love. It is kind of like darkness cannot exist in the light. There is a wonderful series of books entitled “A Course in Miracles.” In volume one, the author says “The opposite of love is fear, but what is all-encompassing can have no opposites.” It ends with “Nothing real can be threatened. Nothing unreal exists. Herein lies the peace of God.” I ask again. Is fear real or is it an illusion?

Can this illusion be overpowered by love?

What is so different now than when I was eighteen? At eighteen, time was totally irrelevant to me. Death was pretty much out of the picture. I was young, vibrant, and indestructible, so there was not much to fear. Love, on the other hand, has always been part of my life. First, there was love by and for my parents and sister. Then, I discovered girls, friends, boats, and Nature. Most importantly, there have been a few non-family members that I am willing to walk through fire for, if necessary. Is love an illusion? Not in my world. Love is essential, for without it there are only illusions.

Charter School for Boys to Open This ...

What does your money do while it ...