The Return Of Masking 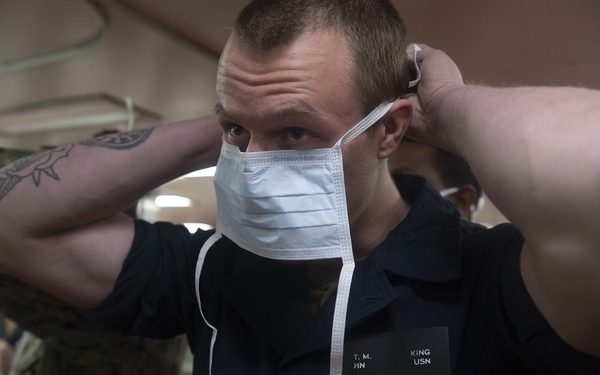 This is an effort that began with the CDC changing their recommendations, backtracking on their unmasking of the vaccinated in May, which opened up many suburbs and cities (especially in Blue states) to freer personal and business activity.

It hasn’t been lost on me that the same people I listened to complaining about how the CDC became such a political animal under Trump regard this change as more pristine science. In my mind, just about every public agency at every level has been acting at least in part, with political motivations.

It worries me that the CDC would push such a change forward without having the data behind their decision available.

It worries me more that the Federal government would publicly explore taking this over and upgrade the CDC recommendations to directives even though Constitutionally, that is a purview of the States. Their efforts to do exactly that with federal employees and the military, which are under federal control, illustrates this.

In the meantime, it doesn’t require MENSA membership to see that the same government that shows such pressing concern regarding COVID transmission is also allowing thousands of migrants to cross the border and meander into many states without any semblance of medical testing. When Ellis Island was at it’s peak in the early 20th century, the numbers of immigrants placed in isolation after smallpox diagnoses was huge, as was it’s capacity to do that.

Yes, there are low vaccination areas that need to be dealt with. Calling them “not as smart as I thought” and shaming them into getting a shot shows the persuasion skills of a cinder block.

Finally, the problems already out there with some public school districts and the Teacher’s Unions on Critical Race Theory was already a huge problem going into the new school year, now we have the added flash point of the CDC recommending a full masking of students and teachers in the K-12 population.

I’m afraid that the luster of it all possibly settling down this summer is shot to hell. The vulnerability groups of this virus are clear, they can be dealt with. The Left seems to be married to the concept of mandating behaviors of the entire population. The rebellion against this has already started, along with the inevitable response that such behavior is the mark of ignorance, low intelligence or critical thinking skills, or inappropriate political identity.