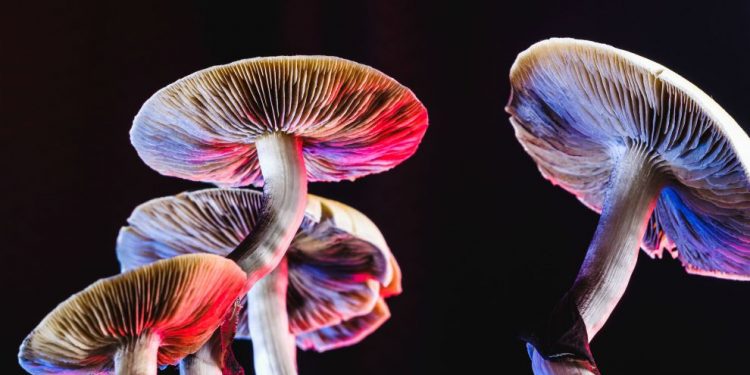 It hardly seems necessary to refer to statistics when we talk about mental illness in the U. S. Whether we’re talking about PTSD, depression, suicide, addiction, anxiety, eating disorders, et cetera, it’s common knowledge that these conditions affect too many of our loved ones. We all know someone who is suffering. We see how that suffering seeps into the fabric of American life.

The treatment status quo is being crushed not just by the sheer numbers of our suffering families and friends, but also by the tangled complexity of mental illness that current treatment just cannot alleviate.

But something happened in Oregon last month that offers a truly transformational method for helping people climb out of the darkness that has held them fast for so long. Proposition 109 has authorized the Oregon Health Authority to develop a medically supervised program using psilocybin to treat many critical forms of mental illness.

If you’re not familiar with psilocybin, it’s one of the active ingredients of the psilocybe cubensis fungus, otherwise known as the magic mushroom. When I first heard of this, I thought as you may be thinking now, that this is just some hippy hooey from the 1960s. But then I stumbled on an 1994 interview with the late, great ethnobotanist, Terence McKenna. I was shocked to learn that humans have been consulting the wisdom of psychedelic plants for as long as we’ve been human. Ancient cave paintings from all over the world show the reverence our ancestors had for these plant medicines.

Many of the founding lights of Western Civilization received a psychedelic initiation in the Greek city of Eleusis for nearly 2,000 years. Their accounts of the experience are deeply moving. But as religious and civic authorities solidified their grip on human culture, we were banned from this direct form of knowing and told that it was sinful. The persecutions justified to stamp out the use of these plants resulted in mass murder around world.

But the “little teachers” have risen again to help us with some of the most agonizing problems we face as human beings. With the resurgence of psychedelic research within the last decade at Johns Hopkins University, King’s College-London, UCLA and other institutions, we are seeing patients restored to sound mental health after participating in medically supervised trials using psilocybin.

“It’s a profound experience that disrupts your usual way of thinking, feeling, and perceiving, including those loops and patterns that get you feeling stuck,” says psychologist, Tom Eckert, who, with his wife, Sheri, also a psychologist, got Prop 109 on the ballot.

A good example of what participants say comes from former Navy Seal, Chad Kuske, who was retired from service with PTSD. Kuske saw heavy combat and suffered the toll it takes. Self-medication with drugs and alcohol left him at a dead end. After conventional mental health treatments failed, his fellow veterans recommended psilocybin.

Kuske says, “Every time…I’ve gotten exactly what I needed. Maybe not what I wanted,” he said, laughing. “From the first time I tried it, it was obvious that these medicines have the ineffable way of healing the body in exactly the way it needs…. It absolutely works, like nothing else…. Had I not found psilocybin therapy, I wouldn’t be alive.”

Psilocybin seems to be a psychological adaptogen in that it meets each patient in his or her own personal context and brings us face to face with ourselves, shining a new light of unique, guiding perspective by which we can see a better way forward.

Current research has spurred the Federal Drug Administration (FDA) to grant psilocybin “break-through status” to green light its therapeutic use. But the gears of the federal government grind slowly, which is why Oregon took the initiative to cut the red tape.

There are some who argue that approval is moving too fast and should be slowed down to follow the normal path to prove safety and efficacy. However, this is not a new drug or novel compound. We have thousands of years of experience with psilocybin that is being confirmed by modern science.

We have the opportunity to bring a powerful new medicine into therapeutic use to help heal the scourge of mental illness that conventional treatments alone cannot. North Carolina could and should be among the visionary leaders in this healing movement. Opening our minds and putting the prejudice of stigma aside, we can offer a renaissance of mental health to a troubled and stressed-out nation. If this makes sense to you, contact your state representatives today and let’s make this happen, North Carolina!

How Digestive Enzymes Support Your Health