The Chatham County Budget: Where does the money come from? 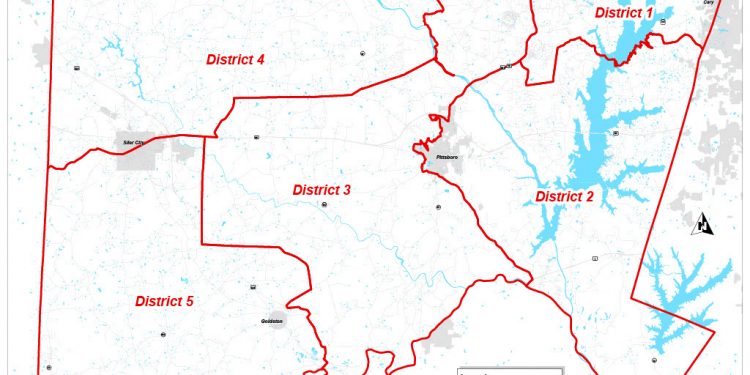 It begins with a revaluation process which is a state-mandated process called the Machinery Act that ensures that property taxes are based on an assessment that is consistent with current market value and occurs at least once every eight years. Chatham County did its last revaluation process in 2016 and is undergoing another one now. It begins with data collection, where county staff inspect all residential, commercial and industrial properties, noting changes and conditions of each property. Some property owners may also be contacted by county staff to ask additional questions to ensure the accuracy of the records.

Simultaneously, appraisers research current sales of real estate in the county to determine where increased and decreased values are occurring. Once the information is collected, the appraisers determine the value of each of the properties in the county, based on location, sales, data, replacement cost and potentially the net operating income of a property. The Schedule of Values developed by the appraisers is then presented to the Chatham County Board of Commissioners for approval. Residents are then notified of their new assessment and given an opportunity to appeal if they choose to do so.

In order to qualify for an exemption, the organization must request the status using a form. The form lists several state mandated areas for exemption including veterans organizations, lodges and fraternal organizations, goodwill industries, solar energy electric systems, charter school properties, homes for the aged, sick or infirm and religious organizations.

In our deep dive into property taxes, we chose to divide the county to see where the revenue originates. For ease, we used the division of the County Commissioner Districts. For reference, Chatham County has five county commissioners who each represent a district. The districts were created in 2011 using 2010 Census results.

District 1 is in the northeastern portion of the county and includes Galloway Ridge, Fearrington Village, Carolina Meadows, Governors Club and Carolina Preserve. The district is represented by County Commissioner Chairman Karen Howard. District 2, represented by Commissioner Mike Dasher, contains the southeastern portion of the county, Moncure, much of the area around Jordan Lake and most of the Town of Pittsboro.

District 3 is geographically quite large and includes a majority of the center of the county, stretching from the northern border to its southern border. The district, represented by Commissioner Diana Hales, includes Briar Chapel, the western most areas of Pittsboro, Silk Hope and the areas north and south of the center portion of U.S. Hwy. 64.

We divided all the assessed value for each district based on data obtained from the Chatham County Tax Office. The data is for the previous year, 2019, as the current tax revenue collection process is still ongoing.

District 1 is the smallest district, encompassing only 17,822 acres divided into 8270 land parcels. Even though it’s small, the land there has the highest assessed value of all the districts at more than $3.5 billion. Of that number, about $50 million of assessed land is considered exempt. In the previous year, the county collected more than $27 million in property taxes from the district, the highest in the county.

District 2 is the second smallest district by mass, but far larger than District 1 coming in at more than 74,000 acres and 8991 individual land parcels. The total assessed property value in District 2 is about $2.7 billion, but close to $150 million of that is considered exempt, the largest portion of exempt properties by district. The total property tax collected in the district is just shy of $20 million.

District 3 is the largest district with more than 119,000 acres broken into more than 11,000 parcels. Even with its great size, the total assessed value in the district is similar to District 2 at just over $2.7 billion with nearly $94 million worth of assessed property considered exempt. District 2 collects just over $17 million in property taxes.

District 4 comprises more than 91,000 acres divided into 8,295 parcels. The total assessed value of the parcels in the district is just short of $1.5 billion with more than $91 million worth of property deemed exempt. That district generated about $9.2 million in property tax revenue.

District 5 is the second largest district in the county with more than 107,000 acres, but brings in the smallest amount of property tax revenue than any other district. The district’s 8,256 parcels, of which more than $80 million are exempt, brought in just over $6.5 million in revenue.

The differences in revenue generated is based on several factors including the percentage of land that is exempt. But by far the greatest reason is that of the assessed value of the properties. Those living in District 1 pay on average $1,561 per acre as compared to $68 per acre in District 5. District 1 is also far more densely populated than the other districts, thus accounting for its small size. This means, on average, the District accounts for 34% of the property tax revenue collected by the county.

Property tax is not the only revenue source for the county’s General Fund. As we look forward, we will delve into the origins of other revenue sources to the county including permits and fees, sales tax revenue and other funds that support the county’s budget.