Siler City Elections to be Held in March 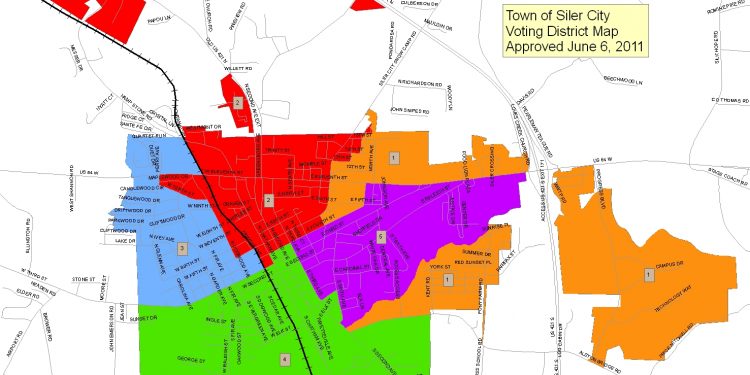 Siler City’s municipal elections have been postponed to March 2022 due to the delayed release of the 2020 Census data. Siler City’s districts—which are a mix of representational and at-large districts—are required by state law to conduct a redistricting process following the Census.

In a normal year, the data would have been released in the spring of the municipal election year, with municipalities having approximately two months to determine new districts. This work is mandated to be completed prior to municipal candidate filing periods which historically occur in the summer.

With the extensive delay of the 2020 Census data, the N.C. General Assembly voted in late June to delay municipal elections for offices elected by district until 2022, affecting more than 30 municipalities in the state, including Siler City. Other municipal elections in Chatham County, such as Pittsboro and Goldston, will not be affected.

“City, town, and village elections not affected by this law will go on as planned later this year,” said Karen Brinson Bell, executive director of the NC State Board of Elections. “The State Board and county boards are hard at work preparing for the upcoming candidate filing periods and elections.”

Earlier this year, the town of Siler City contracted with Tharrington Smith, LLC to assist with the redistricting process. Last month, Siler City town officials were informed that the release of Census data was now anticipated to occur in mid-August to September. Soon after, Deborah Stagner of Tharrington Smith, sent Town Manager Roy Lynch an anticipated timeline for the town’s redistricting process.

The Siler City Board of Commissioners will have an initial meeting to review the Census data, likely to be held at its regular board meeting on October 4. During that meeting, Stagner and her team will go over the data and provide an overview of the process. At this point, the Commissioner would be able to consider and adopt a set of redistricting criteria to guide the drawing of the new districts, according to Lynch.

The tentative timeline then has Stagner present and review potential redistricting plans and map during its November 1 board meeting. This meeting will provide an opportunity for commissioners to ask questions and provide feedback to the consultants. Then, either at the November 15 regular board meeting or perhaps a special meeting called by the board in November, a public hearing will be held to allow the public to provide its comments and feedback on the potential districts.

The hope is that the board will be able to adopt revised districts at its December 6 regular meeting and pass a redistricting resolution. As this adoption date is after the November 17 date laid out by the state law, the filing period for Siler City municipal candidates would be in January.

Seats up for election in Siler City

Regardless of what the new maps look like, the seats that are up for election will remain as they are. The election for a new Mayor of Siler City will be at the top of the municipal ballot. The town has been without a mayor since the death of its former Mayor John Grimes late last year. At that time, the Board decided not to appoint a replacement, but to wait for the municipal elections to allow voters to decide.

If and how district lines are drawn could affect some of those candidacies.

For now, residents of Siler City and those they elected to represent them will wait to see what the Census data says about population changes in town and how they will affect how they choose to represent them.

Chatham Board of Elections Making Changes

The Apple of Chatham’s Eye