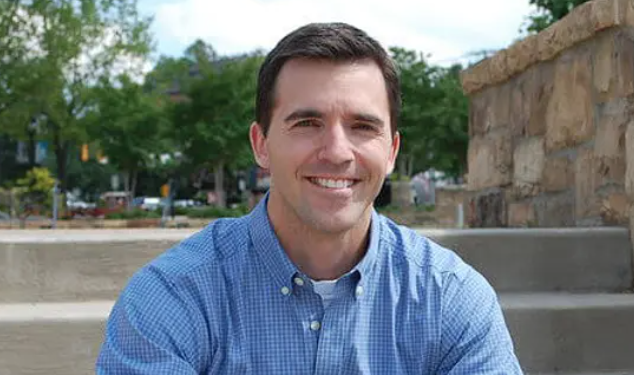 North Carolina Senator Jeff Jackson (D-37), a Democratic hopeful for the U.S. Senate, visited Chatham County in mid-March. The stop at Pittsboro’s Kiwanis Park, was one of the first stops in Jackson’s “100 County Campaign,” a listening and campaign tour which so far has included Transylvania, Hoke, New Hanover, and Chatham Counties, among several others.

During his visit to Chatham, Jackson said that a typical statewide campaign focuses on a few of the larger counties, which Jackson says simply maintains a baseline. By traveling across the state, listening to local residents, he believes he can create an agenda that works for the state, a “true North Carolina agenda.”

In 2014, the Mayor of Charlotte at the time, Patrick Cannon, was indicted and resigned. N.C. Senator Dan Clodfelter was appointed to complete Cannon’s term, leaving his Senate seat vacant. Three Democrats, including Jackson, participated in the appointment process to fill Clodfelter’s seat. Jackson won by one vote, making him the second youngest legislator ever to serve in Raleigh. Jackson has served in the N.C. Senate for seven years.

At his event in Chatham County, Jackson noted concern that the country will “move to austerity too quickly” following the economic downturn caused by the COVID-19 pandemic. Jackson said that during the previous recession, once “high earners recovered,” the shift to austerity “left millions behind.” He wants to “invest in the workforce” including raising the minimum wage. Jackson is also concerned about inequities in criminal justice, education, and healthcare saying, “Ours is the only country where a kid’s illness can bankrupt their family.” Jackson also said he will “stand up to internet providers” to ensure that all families and areas have access to quality high-speed broadband.

Jackson said he wants North Carolinians to know that he holds his positions with sincerity. As a result, Jackson has decided his campaign will not accept any corporate PAC money.

“If I took their money,” Jackson said. “It would be really hard to convince you that I mean it.”

Following his visit to Pittsboro’s Kiwanis Park, Jackson held a virtual town hall for Chatham residents while standing in front of the Historic Chatham County Courthouse in Pittsboro. Overall, it is estimated that between 35 – 50 people attended the two events. In 2022, Jackson will likely face primary challengers from other Democrats in the state before having the opportunity to face the Republican candidate in the General Election. The current U.S. Senator Richard Burr had announced previously that he will not be seeking re-election.