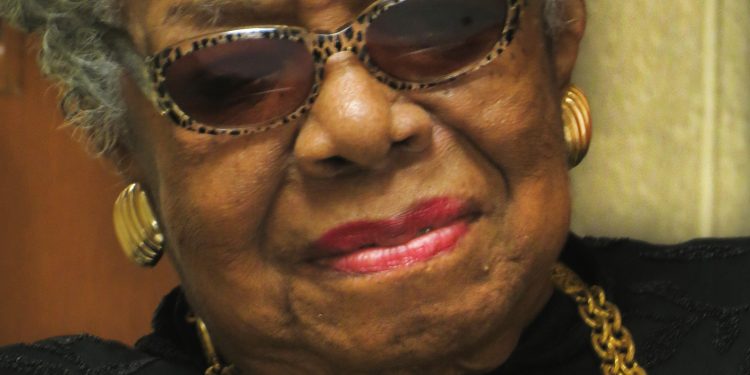 It’s hard to believe that we lost the amazing Dr. Maya Angelou seven years ago. Dr. Angelou was a teacher, writer, healer and lover of life until the very end. I discovered her work in college and performed her poems “Still I Rise” and “Phenomenal Woman” with other powerful women at various gatherings. As a young woman, I found her work accessible, rich with positive female imagery, sensuous, and often jubilant.

Remembering her death has me reflecting on aging, writing, and being a creative “late bloomer”. What many people don’t know about Angelou, and I take great comfort in, is that she didn’t publish her first book until her early 40’s (although she aspired to do so earlier).

She was an actress and performer for many years and then left the United States in 1960 to live in Cairo, Egypt, where she served as editor of the English language weekly The Arab Observer. Her next stop, a year later, was to Ghana where she taught at the University of Ghana’s School of Music and Drama. She continued honing her writing there by working as a features editor for The African Review and also a writer for The Ghanaian Times.

She used her years abroad to great advantage by studying and taking classes in French, Spanish, Italian, Arabic, and the West African language Fanti. After her return to the States, with encouragement from her mentor, the esteemed James Baldwin, she started work on her famous memoir I Know Why the Caged Bird Sings, which became an international bestseller. And once those creative floodgates opened, she didn’t stop writing and produced seven memoirs in total (with an eighth underway at the time of her death), a cookbook, television and film scripts, music scores, and more.

Traditional publishing’s attention historically tends to skew toward younger writers. What writer doesn’t read with wonder and a bit of envy all of those annual lists announcing “Great Debut Authors Under Thirty”?

When younger, I was convinced that something needed to happen at a particular age: 20, 25, or 38. I’m now less worried about age being a gauge of inner or outer success. I’ve come to appreciate that the path to your heart’s desire is rarely straight and narrow, nor is progress easily demarcated strictly by one’s age. I also now believe that creativity has no age limit and no expiration date. Indeed, as local author and former gallery owner Mariah Wheeler documents in her book Art at Last: It’s Never Too Late to Create, conversations with thirteen late-blooming artists, it’s never too late to “leave a legacy of meaning and depth.”

Angelou’s writing trajectory which blossomed later in life makes me grateful that in my early 40’s. I decided to make more space for my creative work. Now a decade later that decision has helped me flourish as a creative professional. I am also cheered by examples of writers including Sapphire, Amy Tan, and Toni Morrison who didn’t start their writing careers until their late thirties and early forties.

I Know Why the Caged Bird Sings is a remarkable memoir. The skill and focus it took to craft it might not have been possible if Angelou had not lived a full and complex life (i.e., sexual assault survivor, performance artist, world traveler, and teacher), and faced her internal demons and doubts as a mature woman.

A writing life in middle age, though, demands mandatory self-care. The average life expectancy for American women is 80 years. It will take all the mental and physical courage I can muster to meet the page every day for the next 30 or so years; I want a supple mind and a healthy body. I have embraced a preventative regimen: a weekly schedule of yoga, regular exercise, meditation (to counteract loud inner critics), eating right, and easy on the alcohol.

Watching Dr. Angelou over the years, it seemed that she found a balance between work and deep pleasure. She taught until 2011, but had plans to go back into the classroom right before her death in 2014. Angelou appeared to be as delighted by the language of aspiring poets as she was by the writers she deeply admired including Shakespeare and Paul Lawrence Dunbar. And, her dinner parties in Winston-Salem were legendary.

If I die at my desk, at 80, with a pen in my hand, a gorgeous journal in my lap, surrounded by my published works, I’ll be a happy woman. And, if I can host a few fabulous dinner parties before I go, I imagine Maya would be proud.

Michele Tracy Berger is a scholar, creative writer and founder of The Creative Tickle®, a creativity coaching practice. To receive her free guide: Ten Ways to Keep Connected to Your Writing Self during COVID-19 go to: https://mailchi.mp/creativetickle/tenways

Five Ways to Give to Those Doing ...