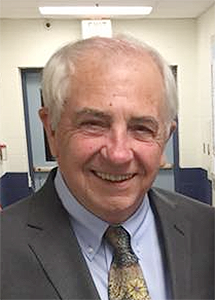 Pittsboro Mayor Jim Nass filed for re-election on July 2, 2021 and stated that it “has been an honor and a privilege to serve all of the people of Pittsboro.”

Nass was elected in 2019 when he succeeded Mayor Cindy Perry who stepped down after serving two terms.

“We have made great progress over the last two years” Nass said “but there is still much work to do, and I look forward to continue serving the extraordinary citizens of Pittsboro by providing leadership in working with you all, the Commissioners, and our town manager, Chris Kennedy and the staff he has assembled to meet the challenges of the next few years.”

Nass served the Town as a founding member of Main Street Pittsboro and on the task force for Affordable Housing and he believes in Pittsboro.

“This wonderful town is what it is because of the people who live here, old and new, and I am grateful for all of the amazing volunteers, business owners, and others who epitomize the spirit of our town.”

In addition to the re-election filing of Mayor Nass, Pittsboro Mayor Pro-Tem Pamela Baldwin and Pittsboro Commissioner Michael Fiocco also filed for re-election to their positions on the board.

Municipal elections for the town of Pittsboro will occur on Nov. 2, 2021. Early voting is expected to begin on Oct. 14.