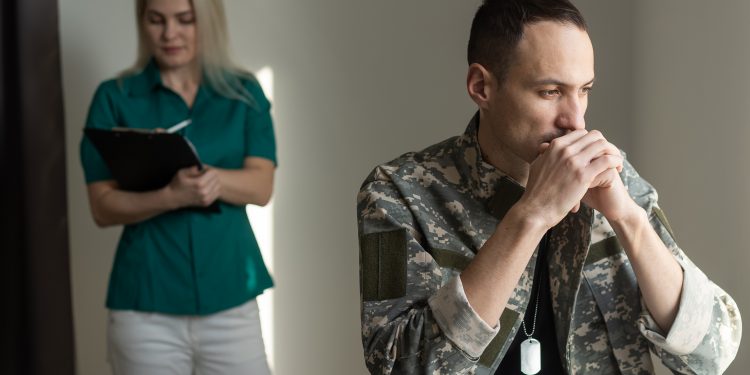 It has become increasingly clear that psychedelic medicines like psilocybin are ready to alleviate the pain, suffering and unnecessary death visited upon the mentally ill. Even our federal government has realized that the time has come to offer these ancient, safe, and effective medicines to American citizens.

Assistant Secretary for Mental Health and Substance Use Miriam Delphin-Rittmon—writing on behalf of Health and Human Services Secretary Xavier Becerra—told Rep. Madeleine Dean, D-Pa. that “too many Americans are suffering from mental health and substance use issues, which have been exacerbated by the ongoing COVID-19 pandemic, and that we must explore the potential of psychedelic-assisted therapies to address this crisis.” FDA authorization of some psychedelic medicines could come in as few as two years.

Considering this momentous movement to legalize therapeutic psychedelic treatment, North Carolina must immediately begin to create multiple avenues to make psychedelic therapy possible. The mentally ill in our state are consigned to using medicines that are much less effective than the psychedelic psilocybin for instance. Psilocybin is derived from over 200 species of mushrooms globally.

The evidence is abundant. Numerous studies from Johns Hopkins University, Kings College, London, Imperial College, London, UCLA, University of New Mexico and others consistently show that psilocybin is several times more effective than current pharmaceutical medications. Psilocybin treats some of the most common and debilitating mental illnesses like treatment resistant depression, suicidality, addiction, fear of death of the terminally ill and more. If one reads these studies with a dispassionate, critical eye, one gets the sense of the transformational power of these medicines to heal the soul. Maybe this is why humans have used psychedelic plant medicines for thousands of years. History and prehistory record that psychedelics also demonstrate a record of safety that pharmaceuticals cannot match.

Veterans’ groups like Heroic Hearts and Veterans Exploring Treatment Solutions are sponsoring their members to access psychedelic treatment where it’s legal. They are part of  asignificant contingent of former military who are helping stem the tide of veteran suicide. The testimonies on their respective websites demonstrate the power of psychedelics and what compassionate cooperation can do to not only save lives, but to foster

mental health amongst those who have served our nation under the most difficult of circumstances.

The NC legislature seems unaware of the possibilities that lie before them, while states like Oregon, Missouri, New Jersey, California, and even Texas are taking action to make psychedelic-assisted therapy a reality. North Carolina, with its large veteran’s population in desperate need of better medicines, should be leading this vanguard. Sadly, it is not. As for religious North Carolina legislators hesitant to accept the evidence, perhaps this will move you. These powerful medicines are mercifully God given, occurring naturally on our planet as a result of the original act of compassionate Divine creation.

But when North Carolina does begin the righteous work of helping the mentally ill with effective psychedelic treatment, it must also respect the traditions from which these medicines arose and decriminalize traditional use and call off our non-sensical persecution of those who have protected the knowledge of these plants for millennia.

Likewise, we must not cede the therapeutic territory exclusively to the pharmaceutical companies. Terrific sums of money are now being invested in new drug companies to develop psychedelic medicines as part of a veritable psychedelic goldrush. In order to create proprietary drugs earning exclusive patents, these companies will tinker with the very molecular basis of these amazing compounds. We have no idea how well their artificial versions will work or what their side-effects will be. One certainty seems obvious: improving these medicines is most likely beyond the hubris of technological aspiration motivated purely by profit.

The only thing that stands between North Carolinians and the salvation of better mental health medicines is the inaction of our legislature. If we’re to have vastly better medical choices for mental illness in North Carolina, we must compel our representatives to act now.

Tim Keim is an IAYT Certified Yoga Therapist and Clinical Ayurvedic Specialist. Reach him at timkeim811@yahoo.com.

Medicare for All — A Moral Imperative