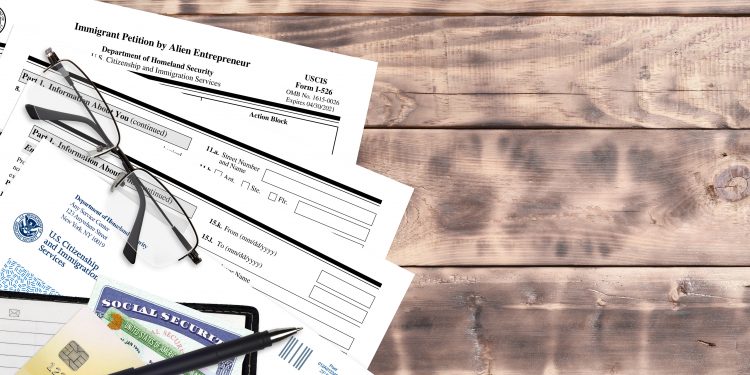 Maria Theresa Louis came to America from India in 2007, when she was just four years old — and she has spent much of the past 14 years worrying about the day she will be forced to leave her family and “self-deport” back to her birth country.

Maria isn’t an undocumented immigrant. Her parents brought her to North Carolina lawfully using an H-4 dependent visa, which allowed her to accompany them while her father worked in the Triangle on an H-1B “skilled worker program.”

But Maria’s visa only allowed her to stay with her parents while she’s a minor. On the day she turns 21, she’s expected to return to India, a place she barely remembers.

Maria is one of about 190,000 “documented Dreamers” who came to the United States lawfully, but for whom the immigration system now offers no path forward.

That’s why Rep. Deborah Ross, a Wake County Democrat, has joined Republican Reps. Mariannette Miller-Meeks of Iowa and Young Kim of California to sponsor the America’s CHILDREN Act, a bipartisan proposal to create a pathway to permanent residency and eventual citizenship for people like Maria.

Maria and others like her are in a terrible Catch-22—a situation that’s entirely due to the bureaucratic and political mismanagement of the immigration system under successive U.S. presidents.

The H-1B visa system was supposed to help U.S. businesses recruit global talent, while giving their employees a clear pathway to permanent status and eventual citizenship. In theory, Maria and her parents should have received green cards (permanent residency) long before Maria turned 21, giving the whole family a secure future here.

But the green card system has grown colossally tangled.

Many skilled workers now find themselves unable to obtain green cards before their children age out of the system. In fact, it’s now estimated that 200,000 skilled Indian-born immigrants will die of old age before receiving their green cards. It’s the result of a per-country quota for new green cards, which disadvantages skilled workers from more populous countries.

That logjam is bad for the workers, who are left in limbo. It’s bad for the economy, since H-1B workers can’t start businesses of their own or change employers to help fill worker shortages.

And it’s bad for “documented Dreamers” like Maria, who’s currently applying for college but can’t legally work to pay her way, or obtain scholarships or internships, and could be forced to leave America after she graduates.

In the Triangle alone, about 15,700 H-1B visas were issued between 2010 and 2016 — and while most of those skilled workers are still here, their children are rapidly aging out of the system and being forced to leave the country.

By failing skilled workers in this way, we’re also failing American businesses. Inevitably, some H-1B visa holders will opt to leave the country along with their children — a troubling sign for North Carolina’s innovation economy, which is powered by foreign talent. Statewide, according to New American Economy, immigrants make up more than 18% of our workforce in science, technology, and engineering-related (STEM) fields. In some technical fields the rates are far higher: 35% of our software developers were born overseas, for instance.

We can’t afford to lose those workers — and we can’t afford to lose promising young immigrants like Maria, either. I know this from personal experience: my own parents came to America from India as skilled workers in the 1960s, and were able to put down permanent roots here. Because of that, I grew up as a proud American, and went on to become the first Asian-American elected to public office in our state, serving Morrisville as council-member and later as Mayor Pro Tem.

Young immigrants like Maria have just as much to offer our country, and we should be doing all we can to encourage them to stay. I hope Congress will soon overhaul the country-cap quota system, and give skilled workers a true pathway to permanent status. But in the meantime, let’s move quickly to pass the America’s CHILDREN Act — and show young, American-raised, law-abiding immigrants like Maria that they’re welcome and needed in the country they call home.

Steve S. Rao is a Council Member and Former Mayor Pro Tem for the Town of Morrisville and is the longest serving Asian American in North Carolina. He serves on the Board of the New American Economy, a bipartisan coalition of Mayors and Business Leaders, committed to comprehensive immigration reform.