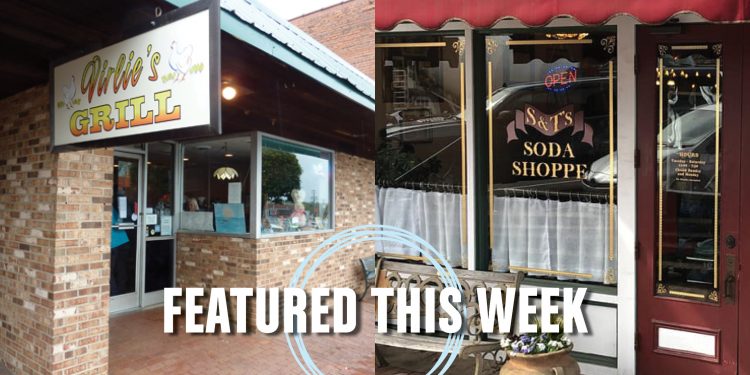 It all started with a Facebook post. Sue Perkins Silverstein of Bear Creek wrote of her concerns about the fate of locally-owned restaurants during COVID-19 on a Chatham Caremongering Facebook page. Dozens of people chimed in with similar worries. Soon a Zoom meeting link was created for members of the community to join together to find a way to help. Within a couple of weeks, a group of dedicated women created a free social media campaign called Pittsboro Eats!

The sole goal of the Pittsboro Eats! Facebook page is to support local, family-owned restaurants and eateries. Or as one of the organizers, Sally Bond, puts it, the group page is a “vehicle for getting info out to the community about what’s cooking.” The group hopes that the page can become a “hub” for the community (and beyond) about all the locally-owned restaurants and eateries Pittsboro has to offer.

“Pittsboro’s locally-owned restaurants reflect our culinary culture, something that is uniquely Pittsboro,” Lesley Landis, another organizer said. “Our local chefs—culinary artists—they are our neighbors as is the wait staff at the restaurants. We want to help keep them employed and in business.”

Each week, the group highlights two different local businesses, ranging from traditional restaurants to coffee and specialty food shops. The group is even working to support the local farmers’ markets. In addition to the organizers’ posts, restaurant owners are encouraged to post their own daily and weekly specials. Group members can post favorite menu items, leave reviews, and show support for local establishments as well.

Bond handles a lot of the organizational structures behind the scenes, Denise Brooks works to recruit restaurant owner participation, Darcy Moore is the main content loader, and Landis creates infographics. And they all try to eat out in Pittsboro at least once each week.

The women say that some of the restaurant owners are wary at first, thinking there “must be a catch and a cost.” But once they learn that this is a free community effort, and once they see the Facebook page (which now has more than 800 members), the businesses quickly get on board.

“Restaurants have been surprised by this effort,” Brooks said. “‘Someone wants to volunteer to help me get business?’ It takes them a minute to digest that there’s no cost and that someone they don’t know wants to help them. But we’re a community. We’re just people caring for other people. And this is something we can do.”

The organizers are hoping the group page will become more sustainable, with greater involvement by other community members. But for now, they are simply hoping to make a positive impact on the immediate area around Pittsboro’s downtown.

“I just want them to survive, instead of having chain restaurants,” Moore said. “We want to keep downtown local and keep them in business.”

“These business people and their staff are also our neighbors,” Bond said. “We want to see downtown thrive. And [Pittsboro Eats!] makes me feel like I’m doing something at a time when I feel hopeless and powerless about so many other things.”

But the group wants to do more than simply support locally-owned businesses. They want to urge those who can, to pay it forward. They encourage extra tipping for the employees who are serving them, the purchase of gift certificates, or paying for meals for others.

Brooks noted a recent experience at Hwy 55 Burgers, Fries,  and Shakes in Pittsboro, hopeful that maybe the page had played a role. She visited to take a picture of her favorite meal there, the bacon cheeseburger. The folks that work there helped to ensure that the whole plate looked its best for the photography.

Someone came in and gave the employees money to pay for someone else’s meal—to pay it forward. As Brooks ate, she watched a father and son come in and learn that their meal was already paid for. She said the father was confused about what was happening.

“It was such a great experience,” she said. “Watching their reactions and watching the son absorb it all. Maybe [the son]  will take that experience and pass it on himself.”

“[Working to end food insecurity] is also an element of what we want to do,” Bond said. The team has been in talks with Alice Ammerman of Eat Good Bowls, to  connect restaurateurs who will produce and distribute meals to those in need. This effort is similar to others such as Robin Hood’s Kitchen at Pittsboro’s Angelina’s Kitchen, that makes meals and distributes them to the most vulnerable populations.

So these Chatham women ask that the community join in the effort, join the page, and promote their favorite local eateries. And they ask that if you can afford it, spend some of your stimulus check in Pittsboro, at its restaurants, farmer’s markets, and local shops, to pay it forward and keep Pittsboro thriving.