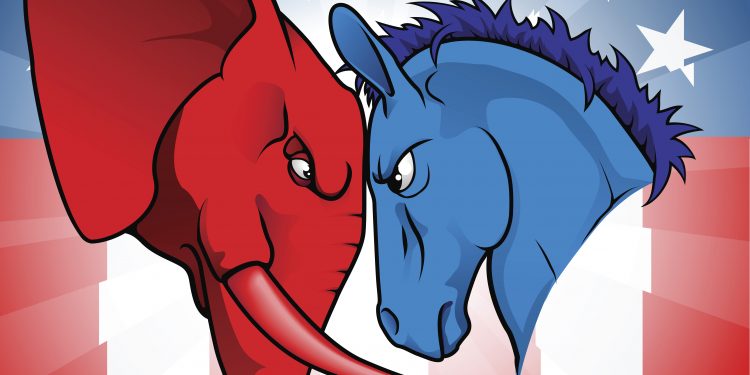 If you look at the ads you wouldn’t think the North Carolina Democratic Party is all that serious about the November election. Ten years after the Tea Party orchestrated the GOP takeover of the NC Legislature and the subsequent gerrymandering of North Carolina from a purple state to bright red, a Democratic victory in November could reverse all that. One thing is clear – whoever wins will redistrict North Carolina with the 2020 Census data as their compass.

If the GOP wins, however, this time they won’t have State Rep. David Lewis of Harnett County to help draw their maps for them. That’s because he resigned from the NC House after pleading guilty to two federal charges: making false statements to a bank and failing to file income tax returns for 2018.

Two law and order Republicans pleading guilty to felonies and sentenced to – probation.

Democrats need to attack the Republican brand, as Republicans have been doing to Democrats for decades. Dirty deeds by top Republicans should be rubbed in the faces of all GOP candidates. Not to mention rubbing salt in the wounds of the convicted felons themselves. Democrats must not pull punches; they must go for the jugular.

I’ve seen no evidence of anything of the kind happening yet.

There are some nice ads for Democratic U.S. Senate candidate Cal Cunningham, saluting him as a war hero and a patriot who risked his life serving his country, enlisting after 9/11, earning the Bronze Star. Ads showing him as a good family man and good citizen talking about doing the right thing for the country, regardless of party.

There are some effective ads attacking Thom Tillis, incumbent Republican U.S. Senate candidate. Two highlight huge campaign contributions to Tillis from Big Pharma in exchange for jacking up drug prices in the U.S.

To Democratic candidates and PACs who produce and broadcast ads for the fall’s campaign, I offer my suggestions gratis. Use them and win back North Carolina for the next 10 years. Or not.

Julian Sereno is publisher emeritus of Chatham County Line. He is an unaffiliated voter.