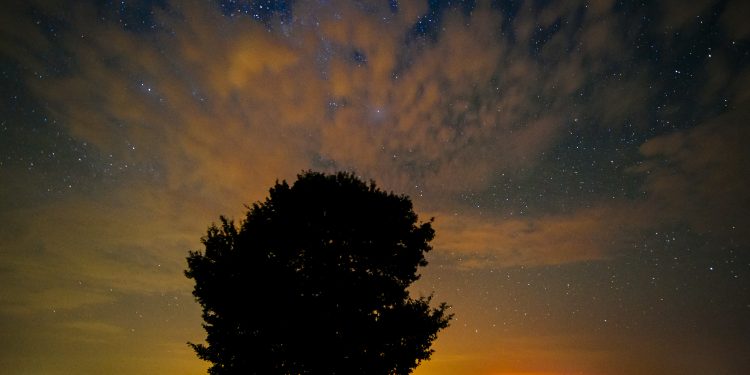 Most mornings when I wake up, my first thought before getting upright is to be grateful. I do not think of anything specific. I am usually too sleepy. It takes me a while to become totally present. I am not a morning person. I generally have to make a conscious effort to think of something like being grateful for my parents, the woman I share my life with, or that the sun is shining and it is a beautiful day. This morning was totally different. My first thought was very clear. If today is my last day on earth, how would I spend it? Realizing that I had already blown it by getting up so late, I started thinking about how I could do it over tomorrow, if tomorrow was my last day on earth.

Since tomorrow does not exist, I can make it be any way I want it to be in my imagination. I get to set the scene and write the script. Wow. When you think about it, what a gift our imaginations can be if we so choose.

My last day would begin outside well before sunrise. Of course the stars would be shining. There would not be a cloud in the sky. I would look up at the stars and galaxies and feel a sense of wonder about what it all means and what my place in the cosmos has been. Then, a bright, full moon would appear and the barred owls would begin to call to each other. Not long after, dawn would make its appearance, chickadees, titmice, finches, juncos, and vireos would show up at the bird feeders. I suppose that would be the first time that day I would realize that feeding birds during the winter was one of my contributions to life on earth. It is my small way of being part of Nature without always taking from Mother Earth.

The last thing I would do tomorrow morning is paperwork. In fact, I would go into my room and throw all of the paperwork on my desk into the trash can. I would not touch the computer, let alone get on social media. What I would do is make a cup of coffee, sit outside on the front porch, and begin calling people for whom I care. Like a good friend of mine who passed away recently, I would not mention that it was my last day on earth. I would simply want to know how they were doing and share some memories that I knew were meaningful to both of us. I would let the conversations go wherever they lead, and finish by letting them know they meant a lot to me. That is what my good friend did a couple of weeks ago. I had not heard from him in years. He did not tell me he was dying. In fact, we ended the conversation with planning to see each other soon. If a man is lucky, there will be at least one mentor in his life. This man was special to me, and I am so grateful I had the chance to tell him so. His call to me was special for both of us.

I would have a lot of people to call and maybe even a few to visit, so it would probably be much later in the day when I would go for a long walk. Walking is the way I have maintained some sense of sanity during this pandemic. Not only does it make me feel physically better, but it gives me a chance to think and not always react to the stresses of life. Not having a dog, I suppose I would have to borrow one. There is just something special about going for a walk in the woods with a dog. They enjoy it so much, I just get caught up in their magic. As much as I love my cat, dogs always show you how much they care about you and all of the time. A cat is a little stingy with those demonstrations of affection.

As tomorrow starts to end, I still need to be outside, but this time surrounded by music. My favorite musicians include Paul McCartney, James Taylor, John Prine, Eric Clapton, George Winston, and Skeku Hanneh-Mason. Bands would include the Beatles, Wings, Stones, Led Zeppelin, Creedence Clearwater Revival, and Walk Off the Earth. Can you tell what generation I am from?

When it came time to close my eyes and depart this existence, it would be very important for me to say “I cared.” I cared for my sweetie. I cared for the earth. I will, however, be sad that people have not learned to love one another and are not grateful for all of the gifts provided by Nature, especially the gift of life. Because I am forever hopeful though, I will plan to be here the next day and keep caring.