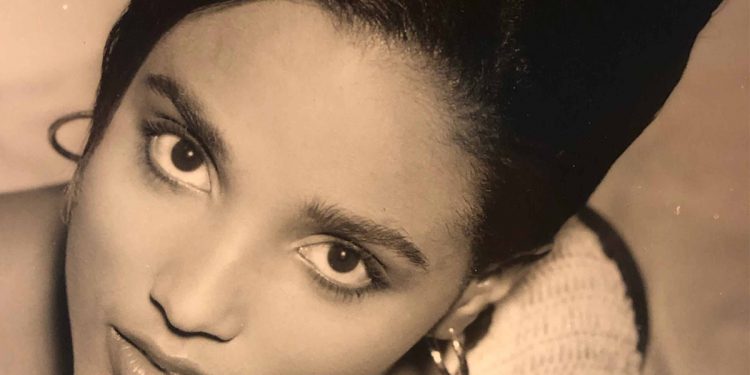 When you meet Erica Berry, singer and owner of Jammin Baby, you are immediately struck by her energy and melodic voice. Her work extends beyond her business and into volunteer work, to help the next generation of singers find their voice as she found hers.

CAC: Tell me about yourself

I was born in Berkeley, California. I’ve always loved music and art. As a young child, I participated in community theater, which my mom signed me up for. She was all about finding me free programs or scholarships because she was a single mom. I’m grateful to her for that.

When I went to high school, I wanted to be part of the Young Musicians Program at UC Berkeley. I auditioned two times with my flute because I thought I was a flutist. They did not agree. So the third time I auditioned, I decided to sing. Dr. David Tigner’s eyes lit up and he said, “Now we’re talking!” They let me into that program, which was a pivotal moment in my youth, because they paid for everything — summer camps, a professional coach, and classes. I never considered myself a singer until the Young Musicians Program.

I became a classically trained musician. I spent my summers on the UC Berkeley campus in their music room.

CAC: Tell me about your album. How did that come to be?

My husband and I were living in my grandfather’s building. My grandfather told me that we could build a studio in the basement. So we built a studio and started Positivity Records, which was our own independent label. We got a producer, Jon Bendich. His dad was a pretty famous producer who owned a huge studio. Jon was a percussionist and knew everybody. He co-produced my album and co-wrote all the songs with me.

My husband and I got an offer from a UK company to buy the rights to not only Positivity.com, but also to the album. The company bought it, revamped it, repackaged it, and put it on a compilation, which was a big deal back then because compilations were pretty popular. Then out of the blue, I get a notice that my song Believe, which I co-wrote with Jon, is a top 10 R&B hit in the UK. I started getting requests for interviews over in the UK, but at that point I wanted to have kids so I decided that I was ready to be a lawyer. I walked away from music.

I started working at a law firm. I got pregnant with twins, Lena and Simone, and delivered them as preemies, four months early. Simone passed away at 13 days old. We had to take special care of Lena to make sure she made it through, but we made it through. She’s now away at college.

When I was pregnant with my second child, Sophia, we decided to move down to North Carolina. That’s when Jammin Baby was born. Jammin Baby started in my neighborhood clubhouse with one group of moms that I put together. It was always sold out, so I started expanding.

The curriculum is very culturally diverse. It has kid-friendly music, but it still has the soul of some real good jazz. You can hear the musicianship.

CAC: Do you do any volunteer work in the music world?

I currently participate as a mentor for the NAACP ACT-SO program, which I competed in as a singer back when I was in high school. Kids from all over come and compete in all types of things, like engineering, architecture, music, and classical dance. It had a real impact on me, in terms of meeting people from all over the country.

CAC: How do you help these young singers find their voices and prepare for competition?

I tell them that you have to find your voice and then try it on, like you do in a clothing store. You sound your best when you can give a song your own passion. I want you to tell the story. I want it to be clear. I want you to showcase your voice.

CAC: What do you see for yourself in the future with your music?
I’ll never stop singing. I love music. I always say I’ll always make music in some kind of way. It truly feeds my soul.

Read the entire interview at
https://www.chathamartscouncil.org/meet-this-artist-erica-berry/