An Agenda to Contain Mass Shooting/Mass Violence in America 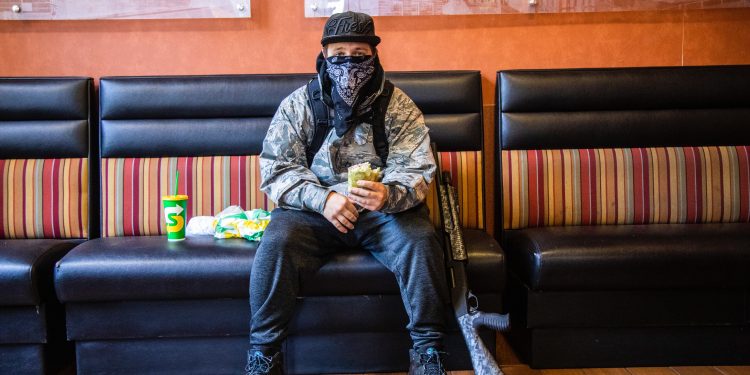 The United States is a rich and advanced industrial society. Yet we have the highest murder rate and the most frequent incidence of mass murders among most nations. Last year’s data are illustrative. Our normal response to this category of violence is a sense of shock and lamentation followed by noise about gun control and mental illness. The same pattern seems to have been repeated after the most recent mass murders at the Parkland Florida high school with 17 killed and 17 wounded; and the one at an El Paso, TX Walmart that killed 22 and injured 24 on Aug. 3, 2019. We witnessed 435 mass shootings in 2019 with 517 fatalities. That surpasses mass shooting deaths in any other rich and advanced industrial country.

Then it is another day. Unlike the ongoing conversation about sexual harassment following the misdeeds of Harvey Weinstein, Bill Cosby, and others, we need a continuous and concentrated mass movement to curb mass murders in America.

The assassination attempt on President Reagan, March 30, 1981, led to the enactment of the Brady Bill for the prevention of handgun violence. It did little to reduce the free market supply of handguns. A dozen or more mass murders occurred between the attack on Reagan and the gunning down of Congresswoman Gabby Gifford on Jan. 8, 2011. Heroic efforts by James Brady and his wife and by Gabby Gifford and her husband have neither improved gun control nor reduced gun violence. The problems are twofold: first, any attempt to control the supply of guns gets invariably marred by the political ping pong between “gun control” vs. the “right to bear arms.” Second, I hate to agree with the NRA on this one, “Guns don’t kill people. People kill people.” Furthermore, “gun control” with millions of firearms already in circulation through private vendors is an oxymoron. However, guns in the hands of criminals and angry people do indeed exacerbate violence and should be restricted to the extent possible.

Another response to our gun violence focuses on mental illness as the source of mass murders. The following statement by the National Alliance on Mental Illness is, however, instructive. It has since been corroborated by other mental health correction agencies:

Consistent evidence debunks the link between mental illness and gun violence….There is a lot of research on how that’s not a direct link as people have been let to believe….People with mental illness are more likely to be victims of crime rather than perpetrators of crime….According to Jeff Swanson, professor of psychiatry and behavioral sciences at Duke University, the overwhelming majority of people with serious mental illness are not violent towards other people….Evidence is clear…that most violent behavior is due to factors other than mental illness (News and Observer, 4A, Nov. 9, 2017).

It is those “other factors” that this piece addresses. Barring a few assorted freaks like Jeffrey Dahmer and Ted Bundy, mass murderers are generally not sick. They are calculating planners, as the biographies of Stephan Paddock, Omar Mateen, Dylann Roof, Harris & Klebold, and other mass murderers like them duly suggest. Mateen, Roof, and (Nikolas) Cruz had welldefined motives as well. For others like Stephan Paddock, motives remain obscure. Their biographies have been duly researched and recorded on the Internet and elsewhere.

The causes of interpersonal and public violence are social, cultural and behavioral. That is where the problem seems to reside and that is where it should primarily be addressed. The following profile of a mass murderer may be instructive: HE is an angry and violent male (never a female) full of hate and powerlessness in relation to a perceived collective object (like immigrants and other minorities). He has learned to be violent by watching violent movies and comics and by playing violent video games, or by experiencing violence at home, school, in a gang, or during military service. He plans to kill the perceived object(s) of his hate, anger, and powerlessness.

Behavior modification through education offers promising leads to address the problem of violence, particularly that of mass murders in America. Even in the so-called “free societies,” don’t we learn to drive a car safely, drive on the left or right side of the road, follow traffic signs, and walk on pavements, not in the middle of roads? And haven’t public and private campaigns successfully cut down smoking, alcoholism, drunken driving, and eating unhealthy foods? So why not use similar means to teach nonviolence and anger and hate management? Let us start at the kindergarten and go all the way up to high school and college to educate about the relationships between hate, anger and violence and how they might affect the victims as well as the perpetrators and their families and communities alike.

Parents and religious leaders must be encouraged to discuss these relationships at home and at places of worship, for don’t we exhort children and adults not to lie, cheat, and be good? So, why not also teach and preach about the scourge of violence and the power of compassion and nonviolence to counter it?

Public and social media could be mobilized to regularly communicate about these issues. Listening to the oft-repeated exhortations on TV for talking to “your children about underage drinking,” I have often wondered why couldn’t we do the same for the problem of violence in our society? Through mass media exhortation over the past three-four decades, China has successfully tamed and modified the behavior of well over a billion people. We can certainly use a similar technique to tame the hate and anger among a handful of our young people.

However, there is the million dollar question: who should start this ball rolling? Who should pay for this campaign? That is where the top political, religious, and corporate leadership comes in. Starting at the top, the campaign should move down to the level of governors, mayors, and other community and religious leaders. There should be national, state, and community level conferences to get the ball rolling and building social and political capital for this endeavor. We spend billions of dollars on political campaigns. None of them has ever adopted American violence as a major political agenda.

In the last presidential inaugural address, something was said about stopping “this American carnage.” I am not sure which American carnage was intended. It certainly was not the carnage of mass murders.

Alternatively, this campaign might as well start at the grassroots and move up as it builds momentum. So, let us start the balling rolling now, before the next (mass) murderer like Patrick Crusius strikes again.

Dr. Aqueil Ahmad is an international scholar, retired from the Walden University School of Management. He is the author of 6 books and 59 journal articles. His fields of interest include globalization, science and technology policy, social and cultural change, and peace and nonviolence. Let us…educate about the relationships between hate, anger, and violence and how they might affect the victims as well as the perpetrators and their families and communities alike.

What are financial trusts and are they ...