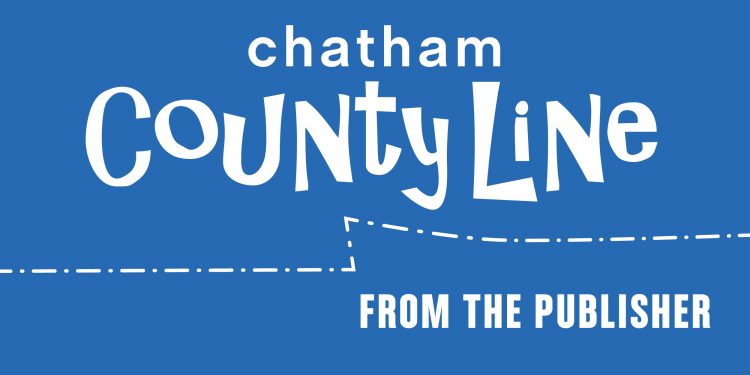 The Town of Pittsboro is debating a mask mandate. The time for debate is over. Fiddling while a pandemic rages is not leadership. According to DHHS, on September 13th at least 15,247 Tar Heels have died from COVID-19 statewide, 3,514 are currently hospitalized and there are 5,346 newly reported cases.
Roughly 11.8% of our population tests positive everyday.
The Delta variant of the coronavirus is fuelling another surge across
North Carolina. We should all chip in and do our best to live up to the “social contract” in our community by wearing a mask.
According to the News and Observer, as of August 25th at least 35% of the state’s population lived in places under a mask mandate.
Durham County and the City of Durham now require everyone 5 years of age and older to wear a mask inside public spaces, including businesses. Orange County, along with Chapel Hill, Carrboro, and Hillsborough have reinstated an indoor mask mandate for anyone 2 years and older. In Wake County an order went into effect on August 20th that applied to the county’s unincorporated areas, while the towns of Garner, Knightdale, Morrisville, Rolesville and Zebulon joined Wake’s order as well.
In Raleigh, a mask mandate for indoor public spaces within its city limits was issued on August 13th. Cary added its own mandate that was effective August 18th.
In the past month Winston-Salem, Fayetteville, Cumberland County, Mecklenburg County and New Hanover County have joined Triangle municipalities by calling for masks in all indoor places.
Mayor Nass, issue the Proclamation now.