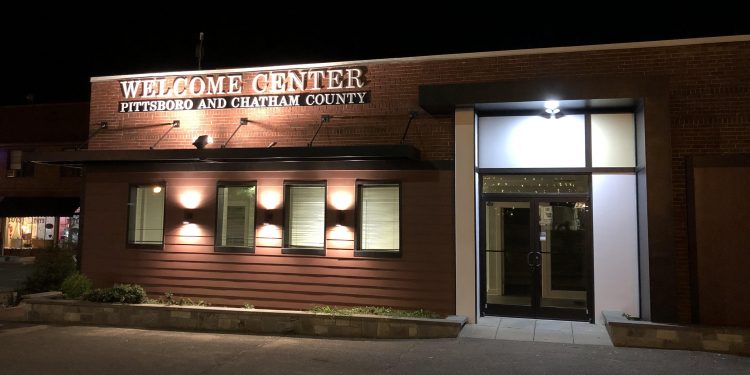 The award comes with a cash award for the Town of Pittsboro including a new website for the town. The timing of the award is serendipitous as Pittsboro had already budgeted for a new website this year, but the award will allow the town to obtain design, development, and training at no cost. It also includes complimentary website hosting through Dec. 31, 2021. The award is a national program that honors public service volunteers or volunteer organizations in smaller localities to “shine a spotlight on the growing need for citizens to fill critical civic roles including local government boards and councils, volunteer firefighters, EMTs, and the many advisory committees that support other key local government functions,” according to the award’s website. Main Street Pittsboro was selected as a winner out of 160 nationwide applications seeking to recognize volunteers and volunteer groups.

“Civic volunteerism is the lifeblood of small town and rural America,” the website reads. “STACVA is intended to help address this critical shortage by recognizing and supporting ‘hometown heroes,’ and by promoting best practices designed to spur a cadre of new civic volunteers to fill these vital roles.”

“Main Street is a critical organization in enhancing and preserving our downtown,” Mayor Nass said. “They have made significant contributions and we are so pleased to see them recognized for all of the hard work they have done.”

“The work that Main Street Pittsboro has done in the past and continues to do made it easy to put together a winning application,” Commissioner Nass said. “This is one small way that we can recognize the hundreds of hours of volunteer time that they put in to maintain the vitality of downtown Pittsboro.”

Main Street Pittsboro continues to push forward. The Pittsboro/Chatham County Welcome Center, spearheaded and financed by the group, has received its certificate of occupancy and has begun moving in furniture and equipment. The group hopes to open the facility in October, but remain cautious due to COVID restrictions and concerns for residents’ and visitors’ health. For that same reason, the group has postponed many of the events it had planned to hold during the year that typically support its efforts. Still, the group looks forward to highlighting all that Chatham County has to offer.