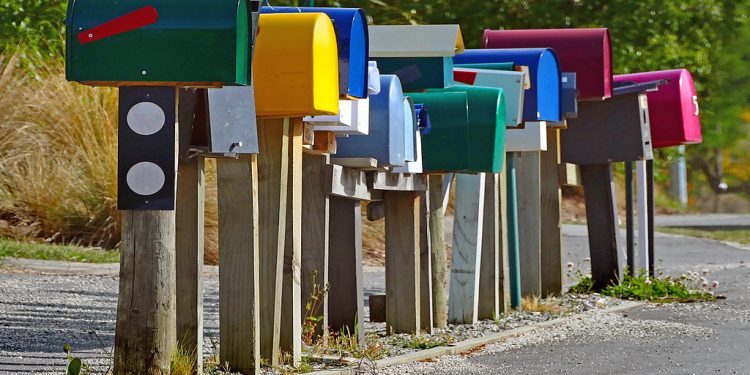 I would like to suggest that the article “Agitator in Chief” by Don Lein be removed. It feels like I’m reading the man’s diary. Obama had control of the majorities in both houses of Congress for only two years, the first two of his presidency.

Mr Lein jumps all over the place, making wild accusations. Suggesting George Floyd’s death was from a drug overdose and not from a knee to the neck? Negating what millions and millions of people witnessed firsthand..?

This article should never have been published.

During times where people are caught up with so much negativity, violence, loss of income, and fear from a pandemic this type of divisive negativity and hateful rhetoric needs to be in it’s proper place.

This is sad because after reading some of the other articles and knowing the paper’s history, I was pretty impressed and was about to inform you of such, until unfortunately I read page 15 out of 16.

Don Lein is the “Agitator in Chief”.

While I appreciate the importance of a unified Democratic party, I feel the actions and message of the current candidate does not represent the best future I would like to see for our county, so I have chosen to offer my endorsement for Republican candidate Jimmy Pharr in District 2.

This election will be a pivotal moment in deciding which direction our county takes during these unprecedented and uncertain times. Blind allegiance to party lines has done nothing but divide our constituents and perpetuate tensions between both sides.

If we truly want prosperity for all we need to realize we’re all on the same team, be comfortable with bipartisan leadership, and learn to compromise so everyone’s needs are met to some degree. The current all-or-nothing state of our political process has convinced us our individual affiliation is the only way forward but I will not allow myself to contribute to this toxicity.

Instead, I want my fellow Chatham county citizens to see my endorsement as a step in the right direction, breaking this cycle of division and moving us all forward together.

Why I’m voting to Donald Trump

In April 2007 syndicated talk radio host John Donald Imus (better known as Don Imus) referred to the Rutgers University women’s basketball team as “nappy headed hoes.” Although Imus soon thereafter apologized for his insensitive comments, the uproar led to his firing from CBS Radio. The May 2020 threat by Amy Cooper over her unleashed dog to call the police on an African American man in Central Park in New York City did not help. The first episode was decried as racism; the second event led to talk of White privilege.

Even though there were faux-paus before and slippages since, the 2007 incident was a watershed moment in silencing public criticism of Blacks (African Americans), particularly from Whites. This attention to respecting the dignity of African Americans fit in within the broader notion of minority rights, going back to the 1964 Civil Rights Act. In order to broaden the support base, the attention to African Americans was expanded to include Hispanics and Native Americans. All these dovetailed within the mega-narrative (broader story) of multiculturalism. Along that line, the demographic shift is projected to result in a loss of the majority status of Whites in the United States.

Two major themes emerged that aggravated the cultural contest in the 21st century: Illegal immigration and cancel culture. Whereas other politicians have been quick to shun anything controversial, Donald Trump surprised the country with his straight talk in publicly chastising both illegal immigration and cancel culture. He was forthright and stood his ground despite criticisms from different directions.

As a presidential candidate for the 2016 elections, Trump opposed illegal immigration into the United States. According to one website, this costs American taxpayers about $132 billion annually. The 564 “sanctuary” jurisdictions, by a 2018 account, aggravated the situation with over 14 million illegal aliens in 2019. A soft approach to illegal immigration only resulted in caravans of mostly women and children rushing to the U.S. border in 2014. Since being elected to office President Trump has successfully negotiated with Mexico for processing asylum seekers from Central America at the southern border of Mexico. This virtual wall is a major accomplishment of the Trump Administration in addition to the physical border wall.

Cascading waves of illegal immigration challenged national sovereignty. Overwhelming border security, “sanctuary cities” did not help the situation. After the COVID-19 pandemic, the Black Lives Matter (BLM) movement galvanized protest against excessive force by the police following the killing of George Floyd in Minneapolis in August 2020. The strategy of property destruction to instill fear and cripple the economy was devastating. In spite of the challenge of dual sovereignty under federalism, President Trump pushed back in restoring law and order.

Asylum provides protection for political refugees, but supporting massive illegal immigration as electoral politics undermines both economy and security. Protest against excessive force by the police is a rightful exercise in political freedom, but political activism under civil disobedience leading to violence and chaos destroys the economy and threatens property and physical well-being. In taking a bold stand against illegal immigration and cancel culture, Donald Trump has demonstrated leadership and deserves the vote of the American people.