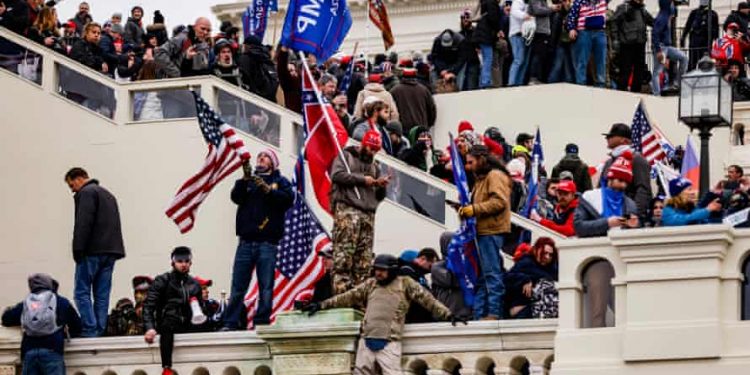 Someone once said that in a war, truth is the first casualty. That certainly has been the case in 2020 and in the first few weeks of 2021, along with main street media’s reporting of events. There were riots protesting police treatment of blacks, which after investigation found the police were acting appropriately/legally, but the riots had a life of their own. We had riots taking over parts of cities, and ultimately, we had a riot in Washington, DC. All, except the last one, were reported as peaceful, despite the burning and looting that were shown on newscasts of the earlier events.

My favorite commentator, Thomas Sowell, who happens to be black, takes issue with the rioters removing Abraham Lincoln’s name and statues because Lincoln presumably saw black people as only property. He goes on to explain that such criticisms betray “an incredible ignorance of history” or “a complete disregard of truth.” Lincoln as a lawyer knew that he, as President, had no constitutional authority to free the slaves, but he also knew that as Commander in Chief during wartime he could legally appropriate property of his enemy and dispose of it in any manner he wished. That is what he did with the Emancipation Proclamation. Had he tried to free the slaves on ethical/moral grounds, then the contemporary courts would have overruled him in short order. As for his personal feelings towards blacks, he invited Frederick Douglas to the White House. By the way, both Lincoln and Douglass were Republicans.

This link of Blacks and Republicans remained intact for many decades, during which time the Republicans, through amending the constitution, granted full rights to Blacks. This included integrating the ranks of Civil Service employees, which remained integrated until resegregated by Woodrow Wilson, a Democrat, in the 20th century. Wilson also teamed with a fellow intellectual, Margaret Sanger, who wished to “get rid of the weeds,” i. e., Negroes, and formed a group who would perform abortions called Planned Parenthood and positioned them in the slums for easy access. Sanger also worked with Hitler who also wished to get rid of his own “weeds” (Jews). In the 1920s black families were more common than white families and in the 1930s blacks had lower unemployment rates than white. Alas, all that changed with what Sowell calls the government welfare programs in the 1960s. LBJ knew he was right when he told two Democrat governors on the elevator after passing the Civil Rights Act “I’ll have those N***ers voting Democrat for the next two centuries.” That may wind up becoming true, but the illegitimacy rate jumped to 75% and the Black family was suddenly less intact than its White counterpart with the expected adverse consequences, including this past summer’s riots!

Sowell then goes on to lay the blame for this incredible ignorance of American History/Civil Rights at the doorstep of American education including Elementary, Secondary, and Colleges/Universities. He is amazed that educational authorities have time to spend on ideological crusades, since they have failed in their basic responsibility to teach factual history. Unfortunately, the failure to educate is far broader. As Walter Williams, fellow Black economist with Sowell reported: Project Baltimore, several years ago, investigated their school system and found the following: in high schools, less than 1% of black students were proficient in math, with 13 high schools having no one proficient. In five of the high schools no one scored proficient in Math or Reading – despite this, 70% of students were conferred a diploma. When these “graduates” went into the outside world, reality smacked them in the face – who wouldn’t be disgruntled and want to protest the “system”. Did the legacy of slavery cause this??

Was it not ever thus??? Sowell’s book “Education: Assumptions Versus History” tells the story of academic excellence at Baltimore’s Frederick Douglass High School from the late 1800s to the mid 1900s. Even during the era of Black poverty and gross racial discrimination, the school produced many distinguished alumni including Thurgood Marshall and was second in the nation in Ph.Ds awarded to black students. Similarly, Paul Lawrence Dunbar High School, a black public school in Washington, DC, as early as 1899 had its students scoring higher on standardized tests than any white high school. From 1870 until 1955, most of its graduates went to college. Sowell wonders when the Black community will demand the kind of education that their children deserve which will allow them to become productive citizens, rather than doomed to a life of near poverty and frustration, because the “education system” let them down. Unfortunately, Walter Williams has recently passed away, so black students and common sense have one less advocate!! It was a sad day for racial justice and one of its prime advocates. A final word from Thomas Sowell “If you have always believed that everyone should play by the same rules…that would have gotten you labeled a radical 50 years ago, a liberal 25 years ago, and a racist today.”

As far as the faux riot at the Capitol, there were two groups: those who had gathered to hear Trump on the Mall, and the other, a mile away at the Capitol, made up of John Earle Sullivan, famed BLM/ Antifa activist and his like. They broke into the Capitol before Trump concluded his remarks, with Sullivan breaking a window for which he was subsequently charged. Trump concluded his remarks and asked the crowd to “peacefully and patriotically make your voices heard.” They merged with the crowd already there and most guards stood aside or opened windows and let them enter. They roamed the halls freely and were peacefully ushered out. However, with a crowd of this size and professional rioters/agitators among them, mishaps did occur. One Air Force veteran carrying a US flag was shot and several others died, as well. Hysterical voices, such as the Washington Post, called for an immediate banishment of Trump and shortly behind was Nancy Pelosi seeking a second impeachment for incitement to insurrection. Forget COVID and its economic impact on our country and any relief packages – stigmatizing Trump and getting rid of him takes precedence!!