History made in Chatham County and across North Carolina 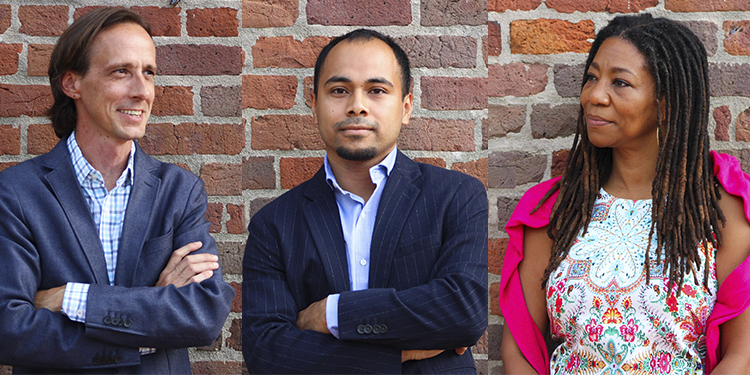 The combined total of 43,851 of absentee ballots meant that 89.9% of all ballots cast in Chatham were done by early voting or via the mail.

Chatham also led the state in early voter turnout at 75.7% with 31,446 voters casting a vote during absentee one-stop and 12,405 votes cast via absentee by-mail. The combined total of 43,851 ballots meant that 89.9% of all ballots cast in Chatham were done by early voting or via the mail.

Chatham voters swung decidedly blue, choosing to support Democrats from the top of the ballot to the bottom.

The only exception were the residents who reside in the 13th Congressional district in the southwestern portion of the county who decidedly chose Republican incumbent Ted Budd to return to Congress by a margin of 5,785 to 3,432. However, when combined with Congressman Price’s win in the 4th Congressional District, Chatham voters preferred a Democrat in Congress by a margin of 26,579 to 18,863 or 58.5% to 41.5%. This was a significant change from 2016 when incumbent Mark Walker (R) of the 6th congressional district lost Chatham to challenger Pete Glidewell (D) 20,573 to 18,201 or 53.1% to 46.9%.

With the exception of Franklin Gomez-Flores besting Andy Wilkie, the remaining local Chatham County races were all decided with voters choosing to return incumbents to their positions. Incumbent Chatham County Commissioners Karen Howard (D) and Mike Dasher (D) were re-elected by hearty margins – 54 % to 46% – beating out their Republican Challengers Jay Stobbs and Jimmy Pharr, respectively.

In the non-partisan Chatham County School Board race, incumbents Melissa Hlavac and David Hamm were also re-elected. Hlavac beat two challengers with 56% of the vote. Challengers Ryan Armstrong took about 31% of the vote and Timothy Winters garnered little more than 12%.

Hamm won his re-election with more than 61% of the vote over his opponent Dennis Lewis.

Chatham’s legislators also won re-election. N.C. Senator Valerie Foushee’s (D-23) district includes all of Chatham and Orange County. In Chatham, she won nearly 56% percent of the vote over her challenger Tom Glendinning, winning with 68% of the vote in the entire district. N.C. House Rep. Robert Reives (D-54) represents all of Chatham and some of Durham County. He also won Chatham County by nearly 56% with an overall winning percentage of 61%.

Chatham County Democratic Party Chair Jan Nichols commented that the results “…were not the blow out we wanted, but it was not without its successes.”

When pressed Nichols stated that “in Chatham our goal was to increase the vote by 3-5% and we did that with a close to 6% increase.”

Nichols gave credit to the over 600 volunteers who worked very hard on the election.

Other communities across the state also made history as Asheville elected an all-female city council and Durham did the same with its County Commission, both a first in North Carolina history. Voters in neighboring Alamance County elected Ricky Hurtado by 477 votes to House District 63 where he became the first Hispanic Democrat to be elected to the N.C. State House.

Gomez-Flores (U) emerged with a narrow 300 vote margin over incumbent Andy Wilkie (R) on November 3rd. After the local board of elections processed all outstanding eligible ballots and approved provisional ballots a recount was done and Gomez-Flores was declared the victor by a final margin of 307 votes.

Gomez-Flores told the Chatham County Line that he was more relaxed after the recount and had begun feeling excited and hopeful for what’s to come.

“I’m being optimistic about the results” Gomez-Flores said “it’s not just a win for me, it’s a win for my community—the Latin American community. It’s a major shift. I arrived in Chatham County shortly after David Duke gave his [anti-immigrant] speech in Siler City and now 20 years later a Latino is elected to the board of commissioners.”

Franklin Gomez-Flores knows he has a lot of things to learn as likely the youngest commissioner-elect in North Carolina, but he wants to be viewed as a hope for future generations in the community and he has ideas he wants to explore right away as a county commissioner.

“I want to make it easier for families and individuals to become first-time homeowners” Gomez-Flores said “whether through affordable housing or incentives that the board can explore and possibly provide. This is very personal to me.”

“We need to improve our attractiveness for companies to come that will pay a respectable wage,” Gomez-Flores said. “We must be responsible and strategic with growth in the future and with our multiple rivers and Jordan Lake we should protect and adhere to the protections in place for clean water.”

He is also aware that he will be up for re-election in 2022 and is now a registered Democrat.

“I intend to prove my worthiness to the community,“ Gomez-Flores stated. “I’m going to do my best to earn their vote for re-election.”

How I Cured Crohn’s Disease