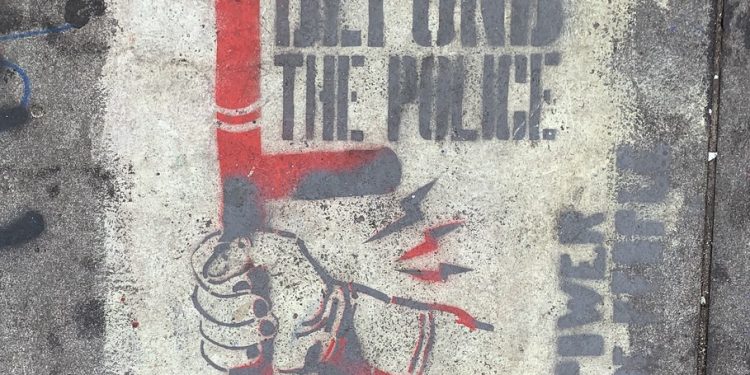 The opinions expressed by these contributors do not necessarily reflect the opinions of the publisher.

In 2009, the Democrats had a banner election year, ending up with the White House, a sizable House majority and a filibuster proof Senate (at least until Ted Kennedy died the following year). Even with that, something they shared with this year’s group is a sense of time and fragility—we have to get this done NOW, was the spirit that pushed ObamaCare forward.

The difference is, since 2018, the Young Turks are not following the septuagenarian leadership, they are driving it. What worries me is that they have gotten into to the habit of taking a sledge hammer and having a go at the load bearing structure of our society.

The worst parts of this are not happening in D.C., but on the ground all around us.

Critical Race Theory: An activist follow up to the relatively recent “1619 Project”, if this was the latest craze on the college campus, it would almost be nothing new. But since it is being applied in the K-12 world, the assumption is that the formative audience places it closer to the aegis of indoctrination, which is where the parental opposition is coming from in many places- including many who probably voted for Biden. It has been made worse by the fact that the American Federation of Teachers (“AFT”) and National Education Administration (“NEA”), the two largest teacher’s unions, have followed up a year of being stubborn about resuming in-person teaching post-COVID by announcing that such teaching is not only appropriate, but any teacher that runs into problems doing it will be legally supported by those unions. They are not adding this to the curriculum as the end of a voting referendum, but from a series of school board proclamations, many then arguing down or silencing questioning parents.

Defund The Police: The Left is engaging in a series of revisions and context arguments about crime rates in the cities at a time when record numbers of cops are retiring or resigning, but using the municipal management as the main reason. They are now running with a narrative that the Republicans caused the whole thing. Those on the streets are reliving the height of the crack epidemic, knowing full well it is not the gangs coming in causing this, but the Mayors and City Councils. Any of them that are reluctant to do so have the cause and effect confirmed by the municipal reaction to last year’s riots.

The COVID Reaction: This runs all over the map- highlighting any pessimistic news, continuing to control mask mandates in some public areas (starting with transportation hubs) and denying any possibility of herd immunity in a trade for further control, having enjoyed emergency powers that had an effect of driving economic growth to the point where hydrocarbon emissions went down—a popular goal among many of the decision makers. Meanwhile, the people on the ground have noticed that not only have the decision makers not missed a paycheck, but often don’t even follow their own rules.

Policy decisions that run this way in D.C. often spend time rearing their ugly heads as abstracts and take a while to make themselves felt on the ground. These three are on the ground now, and are being noticed. The better politicos in the Democrat Party are noticing this now, some are trying to walk it back when they talk. If they don’t step that up into something more concrete this year, they are going to walk into an ugly election cycle in 2022.

How American Government is Rigged Against the ...