Give Your Inner Critic a New Job 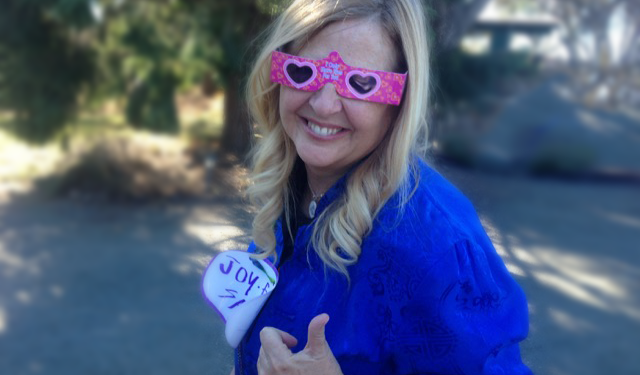 Inner critics can sabotage our creative work. More than a decade ago, I began to study how and why inner critics become unwanted residents in our psyches.

Inner critics are the sharp-tongued internal voices that often prevent us from consistently writing and creating. They speak to us with the seemingly definitive voice of KNOWING ABOUT EVERYTHING CREATIVE. Inner critics usually know how to do just one thing and have long outlived whatever protective role they once had. Inner critics want to protect us from failure, shame, and embarrassment. Gentle and honest feedback about our work is important and can be gained from a variety of sources. Inner critics go awry when they enter into the creative process at an early stage. They become destructive when they engage us in black or white thinking that may or not be accurate. Inner critics often drive us to abandon work too early, convince us that our ideas aren’t worthy, or that we will never be successful.

Inner critics can have a personal and also a cultural component to their makeup. One of your inner critics might be a personified version of someone you respected who maligned your creative efforts. For example, the cousin who told you that writing romance didn’t count as being a true writer, the professor who said becoming an interior designer instead of going into historic preservation was a waste of your talent, or the fifth grade teacher who stated you couldn’t draw. Inner critics also arise from cultural beliefs and assumptions. When Sandra Oh read the script for what was to become the hit series Killing Eve, she called her agent and said, “I don’t understand, what’s the part?” Her agent informed her that Oh was reading for the lead role—Eve Porowski. Oh was surprised. So used to being passed over, she didn’t even assume she would be offered the opportunity to be “one of the central storytellers.”* Thus, a working artist may have an inner critic that mirrors the culture that says repeatedly “no one of your type” (e.g., race, gender, sexuality, faith tradition, etc.) has ever successfully done “X” or can do “X.” The good news is that inner critics can be handled in a variety of ways.

One of them is to imaginatively assign them to a new “job.” This is a strategy I learned from mentor and creativity author Susan Ariel Rainbow Kennedy (aka, SARK). I’ve had great fun reassigning many inner critics to new jobs.

I named one of my inner critics “Relentless Ruthie.” No matter what I did, according to her, I wasn’t doing it fast or good enough. My accomplishments were only as good as yesterday. She was methodical, meticulous, and intense. Relentless Ruthie is a typical inner critic and reveled in the role of “comparer.” She made me keenly aware of what other writers were doing and how I wasn’t measuring up. This inner critic made me think a lot about the role of comparison in one’s creative life and the word COMPARISON.

One day, I doodled the word comparison and I saw that it has the word PRISON contained in it. This made me think of how often we put our creative selves in prison when we spend too much time comparing and getting sidetracked by inner critics. Our job, as creative folk, is not to swing between feeling superior and feeling inadequate, but is just to do the work and honor our own process. Most of the time this is easier said than done! I wondered why I never noticed prison in the word comparison before, but was glad I got the message!

In dreaming up a new job for my inner critic, I wondered where her qualities might be really valued. SARK suggested that Relentless Ruthie would be perfect being a security detail on Air Force One. I agreed! Since being reassigned in my imagination, I haven’t heard a peep from Relentless Ruthie in years.

What are your inner critics like? Spend some time being curious about them. Set aside some time and imaginatively invite your inner critic(s) to chat. What does your inner critic look and sound like? What role does it believe it is serving in your creative life? Listen attentively. Make notes. Listen for what protection it believes it offers you. Thank it for its service. From there you can assign it a new job (use your imagination!) where it can be valued, occupied, and less able to bother you.

Michele Tracy Berger is a scholar and creative writer. She is founder of The Creative Tickle®, a creativity coaching practice. To receive her free guide: Ten Ways to Keep Connected to Your Writing Self during COVID-19 go to: https://mailchi.mp/creativetickle/tenways

How Much is Enough?