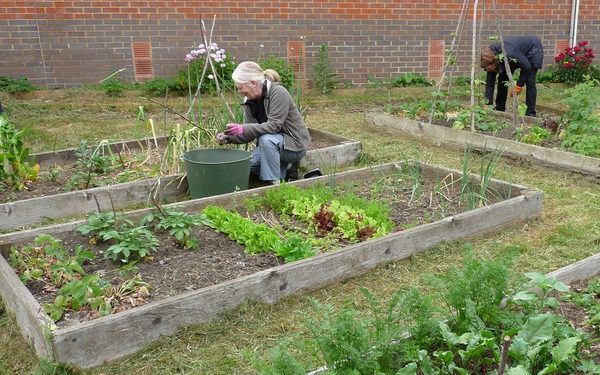 Last month I painted a dire picture of the chemical contamination to which we are all subjected because of corporate and government corruption. I called for the banning of Roundup and its many deadly cousins, whose use constitutes a legal crime and a literal war on the earth. These are the big solutions that take time. But there is something you can do right away to lower your toxic burden and risk of disease, and you can influence public policy at the same time. After we get through the next few tough paragraphs, I’ll promise you a solution to solve our dilemma of legal, disease-causing toxicity.

A recent peer-reviewed study (Organic diet intervention significantly reduces urinary pesticide levels in U.S. children and adults – ScienceDirect; https://www.sciencedirect.com/science/article/pii/S0013935119300246) tested urine samples from four American families. The findings of course were quite a shock to these folks when they actually got a look at hard data showing dangerous levels of numerous commonly used agricultural poisons in their bodies. Amongst the chemicals present were pesticides like the organophosphates. “These pesticides are known neurotoxins and have been linked to autism, attention disorders, learning disabilities, and reduced IQ.”

Neonicotinoids, associated with devastating losses of pollinator insects, also have insidious effects on human health. Often found in baby foods, these compounds are known endocrine disruptors. This means they throw a monkey wrench into the hormonal development of growing children and adults alike. Of course, hormonal development and expression are major drivers of sexual function and expression in all animals including humans.

Pyrethrins, touted as being “organic” pesticides because they are derived from chrysanthemums, were also found in alarming levels. Far from being harmless, these concentrated organics “are associated with endocrine disruption, adverse neurodevelopment, immunological and reproductive effects, increased risk of Parkinson’s disease, and damage to sperm DNA.”

Lastly, 2, 4-D, one of the ingredients of the defoliant Agent Orange used with such abandon in Vietnam, was also found in the urine of the four families in the study group. 2, 4-D is not only a potent carcinogen, but like those above, disrupts hormone expression and the general biochemical processes of the human body. These chemicals suppress immune function, too!

If this is news to you, perhaps you’re asking what these chemicals are doing in our food, water, soil and air. As I mentioned last week, it’s a sordid tale of greed, political corruption and legal crime from your legislators who have long been on the take from corporate crooks peddling disease while they reap fantastical profits.

Now, for our solution.

The four families in the study were put on an exclusive organic diet for six days. Guess what happened? Within this short time span, levels of the above poisons dropped drastically! Metabolites of organophosphates dropped 61–95 percent depending on which components were being measured. Neonicotinoid concentrations were slashed by 83 percent. There was a 43 to 53 percent reduction in the levels of pyrethrins, and 2, 4-D diminished by 37 percent. All this in under a week’s time of simply eating organic foods. Organic foods by another name are simply foods that my grandparents ate prior to WWII before the big chemical companies transformed war chemicals into agricultural poisons for American families.

The first argument I hear against organic is that it’s too expensive. Let me ask you, which price would you rather pay, the price of spending more on food now that will bring flourishing health to your family or the price of disease, suffering, and a shorter life caused by eating poisoned food and water? Then combine that with the bankrupting expense of medical treatment that may well arrive too late to make any difference. Also, the more we support organic farmers now, the less expensive organic food will get.

Agricultural interests argue that crop yields will drop if they can’t use chemicals. Not true. The Rodale Foundation and thousands of organic farmers prove every season that healthy soil can out-produce poisoned soil any day.

We can grow more of our own food. I encourage you to watch the documentary, The Need to Grow (The Need To GROW | Watch the full film – free! (foodrevolution.org). This film is full of practical ways that we can grow tons of clean, healthy, nutrient dense foods even in urban environments. When you watch, you’ll follow the inspiring exploits of Erik Cutter, Michael Smith, and grade school aged, Alicia Serratos as they prove the power of their methods to feed the world with food that won’t destroy us and the planet in the bargain.

A new world awaits us and it’s ours for the taking!

Tim Keim, IAYT, is a Certified Yoga Therapist and a Clinical Ayurvedic Specialist from the California College of Ayurveda. He’s an author and speaker based in Pittsboro. He can be reached at timkeim811@yahoo.com.