Focus on Big Tech Could Be Critical to NC Innovation Economy 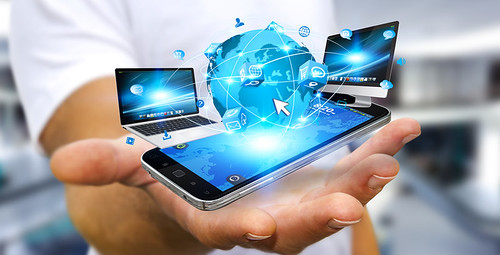 Last year, several news outlets reported that the Department of Justice was meeting with state attorneys general regarding ongoing antitrust investigations into Google. The meeting between federal and state watchdogs was the latest sign that Big Tech may soon have Big Problems in the form of a federal antitrust lawsuit.

Here in North Carolina, Attorney General Josh Stein took decisive action over a year ago when he announced that his office would investigate Google. At the time, Stein said he was concerned that the tech giant was using its power to “hurt consumers” and “squelch competition.”

According to news reports, it’s not just Google that is under antitrust fire. Amazon, Facebook, and Apple have also found themselves entangled in various claims. As an advocate for North Carolina businesses and consumers, I’m watching each of these actions with interest. They could have tremendous consequences for all of us.

For North Carolina businesses specifically, successful antitrust action could provide a burst of innovation that leads to job creation and economic growth.

North Carolinians are very familiar with how Tech Giants use their market power in ways that appear to stifle innovation. Our own Cary-based Epic Games is currently in court arguing that “monopolistic practices” by Apple in its iOS App store have artificially limited competition.

Epic’s lawsuit revolves around Apple’s iOS app store. Anyone who has used an iPhone or iPad knows Apple keeps a tight grip on this store. Apple not only determines what apps are accessible to users, iIt also processes all payments, which means it can require app developers to give it a cut off the top.

In early September 2020, Epic decided it had enough. It created a new, direct payment system for its popular game, Fortnite, that sidestepped Apple. Apple responded by removing Fortnite from its store.

Epic alleges that Apple’s move is “yet another example of Apple flexing its enormous power in order to impose unreasonable restraints.”

Interestingly, Epic is not seeking monetary relief. It is asking the judge to force Apple to open up its app store and payment system, a move the gaming company believes would create more competition, help consumers and spur innovation.

Epic has made similar complaints against Google.

It will be interesting to see the results of this case and others. The future of the innovation economy is on the line.

Democrats have been among Big Tech’s biggest critics. President Joe Biden himself has promised stronger enforcement of antitrust laws, suggesting that the United States government does not “spend nearly enough time focusing on antitrust measures.”

Biden’s remarks are good news for North Carolina and reflect a willingness for the federal government to level the playing field for small businesses and consumers.

It is also important that policymakers look for other areas where Google, Facebook, and Amazon might be gaming the system.

One obvious area is tax policy. Leaders should look at how Big Tech companies stash billions overseas to avoid paying taxes and also examine how Amazon managed to pay $0 in taxes in 2018 and just 1.2% of its income in 2019. Big Tech should pay its fair share.

We need to change our tax policy to ensure that the wealthy and large Big Tech companies pay their fair share, but we should avoid a dividend tax increase that would further benefit Big Tech stocks while hurting seniors, savers, and smaller companies. Research shows that raising taxes on dividends would drive down the price of dividend paying stocks and make them less attractive to investors. Who benefits when income producing stocks lose value? Growth stocks like Google, Facebook, and Amazon.

As someone who champions North Carolina businesses, I know our state is poised to benefit from policymakers, as well as the courts, taking a serious look at Big Tech areas like antitrust and taxes. North Carolina has the workers, universities, and entrepreneurs in place to build a world-class innovation economy.

All we need is a level playing field.

Steve S. Rao is a Council Member and Former Mayor Pro Tem for the Town of Morrisville. He serves as a Board Member for the New American Economy, a bipartisan coalition of Mayors and Business Leaders, committed to comprehensive immigration reform. He is Of Counsel and a Technology Advisor for State Federal Strategies.

Hoping for Pandemic Pandemonium to Fade Away

Big Night In For the Arts