Does an endorsement count if the process wasn’t fair? 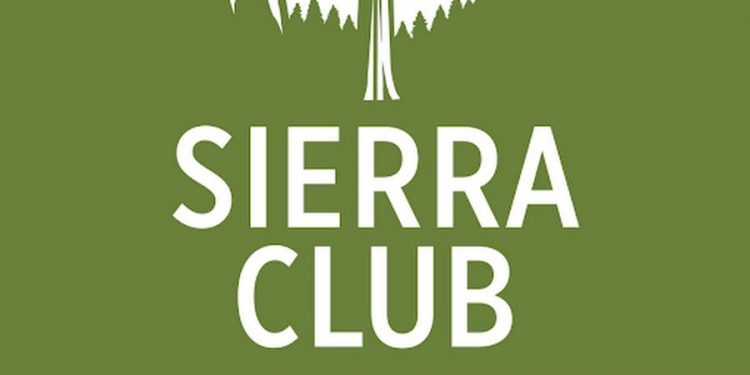 Municipal candidates and their supporters  are touting endorsements from the local Sierra Club in municipal races in Orange County and Pittsboro, but is it fair to do so if the process did not engage all candidates or at least make a reasonable effort to do so?

Early in October, the Orange-Chatham group of the Sierra Club announced its list of endorsements for municipal races in Orange County and Pittsboro. In its press release, the Sierra Club noted it was endorsing only two of the five candidates running for election for three positions in the Pittsboro municipal race—Pittsboro Mayor and one of the two Pittsboro Board of Commissioner seats. Curious about the endorsement process, the Chatham County Line (CCL) reached out to the Orange-Chatham Sierra Club Chair/Webmaster, Max Felsher, to learn more about the process and the group’s endorsements.

When asked, Pittsboro Mayor Pro-Tem Pamela Baldwin, who is running for re-election, stated that she had never received any correspondence from the group regarding the endorsement process for the 2021 election cycle.

Felsher stated that typically, candidates are contacted via email and provided a questionnaire to complete and return. Once received, the Sierra Club group does additional research including reviews of other statements made by each candidate in forums, on websites and in other campaign materials. Felsher also noted that much of the research on candidates is conducted by “people that are familiar with candidates and are on top of the local politics.” Felsher did not indicate to CCL who the people who are familiar with the candidates and local politics were.

[The only candidate forum to date was hosted by the East Chatham NAACP via zoom on October 11th, which was four days after the endorsements were posted online.]

However, he noted that Pittsboro had “specific questions which were different” because of the Chatham Park development and also the ongoing struggles with unregulated chemicals from upstream sources that periodically appear in the Haw River which is the town’s water supply. Felsher admitted that he didn’t have the Pittsboro questionnaire to cite the specific questions. IN addition, CCL alerted Felsher that Mayor Pro-Tem Baldwin did not recall receiving any invitation to participate and asked him about the group’s procedures in following up with candidates. Felsher stated that he was unsure of how the process played out in Pittsboro as the process was managed by the group’s Vice-Chair/Conservation Co-Chair Judith Ferster.

The Chatham County Line then reached out to Ferster to learn more.

The Chatham County Line again followed up with Mayor Pro-Tem Baldwin who reconfirmed that she had received neither a mailed letter nor email correspondence from the group during this election cycle. She also noted that she received a phone call from Ed Harrison, the Orange-Chatham Sierra Club Political Co-Chair on or around Oct. 23. In the call, he mentioned that she did not receive an invitation because the attempt to email her “bounced.”

The Chatham County Line then reached out to all of the candidates to learn about their experiences with the process. Pittsboro Mayor Jim Nass, also running for re-election, searched his campaign mail and all of his email accounts using both Ferster’s email address and “Sierra” as search terms separately. Mayor Nass stated that the only correspondence he had from Ferster was in 2019 regarding a candidate’s forum and one in 2020 regarding a flood.

“To the best of my knowledge, I received no letters or emails from the Sierra Club, Judith Ferster, or anyone else concerning the 2021 election,” Nass said.

Pittsboro Commissioner Michael Fiocco, also running for re-election, also conducted a search of his mail and email. Fiocco also stated that the last correspondence he could confirm from the group was also from Ferster in 2019 regarding a candidate forum.

Candidate for Mayor Cindy Perry, who was endorsed by the Sierra Club, stated that her invitation to participate came via email. The email, which Perry shared with the Chatham County Line, shows that Ferster was in communication via email with Perry as early as mid-September.

Candidate James Vose, who was also endorsed by the Sierra Club, did not return requests for comment.

In Ferster’s press release about the endorsements, she states the “two candidates stand out from the rest” and “stand out above their competitors.” But if the other candidates were not provided the same opportunity as the two who were endorsed by the Orange-Chatham Sierra Club, what is the real value of those statements?

After a rigorous process, the group may have ultimately still selected former Mayor Cindy Perry and first time candidate James Vose. But it seems odd that the group would proceed with the 2021 endorsement process without making every effort to ensure that all the candidates had the opportunity to respond and participate; a task they apparently were able to do in previous elections cycles.

In addition, Mayor Pro-Tem Baldwin noted that she does not recall ever being endorsed by the Orange-Chatham group of the Sierra Club in any of her four campaigns for Town Board in the last sixteen years.

Given that a portion of her family’s land in Chatham County was polluted by the old landfill west of Pittsboro and that the current focus of the Sierra Club of North Carolina is “equity, inclusion and justice for North Carolinians of color and other underserved peoples, who are most affected by environmental degradation and natural disasters,” it seems strange that the only African-American woman ever elected to Pittsboro’s Town Board (Mayor Pro-Tem Baldwin) was not at least contacted for an interview by the Orange-Chatham Sierra Club.

Of course Pittsboro was not the only municipality that garnered some constructive blowback from followers and associates of the Orange-Chatham Sierra Club.

Former Orange County Commissioner, Mark Marcoplos, noted on their facebook page that it was a “strange decision on Adam Searing. [Chapel Hill]  His policies are squarely counter to the Sierra Club’s clear support for smart growth, equity, and affordable, mixed-use development. You can read more here: https://vault.sierraclub.org/sprawl/affordable.pdf”

“Searing supports breaking the promise to the Rogers Rd.-Eubanks community for a mixed-use development on the Greene Tract in favor of making the entire 160 acres a park. The current plan, which Searing opposes, includes about 60 acres of preserved land (the Headwaters Preserve), which would make it the largest preserved natural area in Chapel Hill or Carrboro. The nearby parks in the Rural Buffer provide many other recreational options. The Chapel Hill Council recently received a report revealing that Chapel Hill’s policies are leading to a dangerous level of gentrification. It seems irresponsible and puzzling that the local Sierra Club endorsed a candidate who clearly does not have a holistic understanding of the inter-linked issues of smart growth, equity, affordable housing, climate crisis mitigation, and environmental land use.”