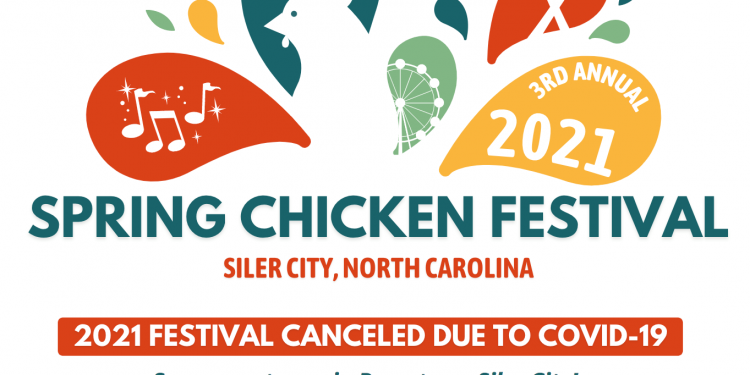 The Siler City Board of Commissioners has decided to delay the Annual Spring Chicken Festival until 2022. The event, which was a resurrection of a similar event held for decades in Siler City, was held in 2019 to great success. The 2020 event was postponed due to COVID-19.

The board had asked Jack McClelland, the town’s Parks and Recreation Director, to investigate if any of the vendors would be able to participate in the event this year. McClelland told the board that most of the vendors, especially those that specialize in rides, inflatables, and the Ferris wheel, said that the earliest they would consider scheduling would be in the fall of 2021.

McClelland also noted that the event’s sponsor, Mountaire, a poultry processing company that operates a plant in Siler City, was comfortable with whatever the board decided. This included a muted fall event or a complete postponement until the spring of 2022.

After McClelland presented the information to the board, Commissioner Chip Price noted that as the event had been so successful in the past, he did not feel comfortable asking the Parks and Recreation Department to throw a “second rate” event. That sentiment was echoed by Commissioner Bill Haiges.

“The point is to get families downtown and involved,” Haiges said. “If we don’t have something to offer, they’re not going to come.”

In the end, the board reached consensus to postpone the event to May 2, 2022 to ensure a successful event.