Charter School for Boys to Open This Fall 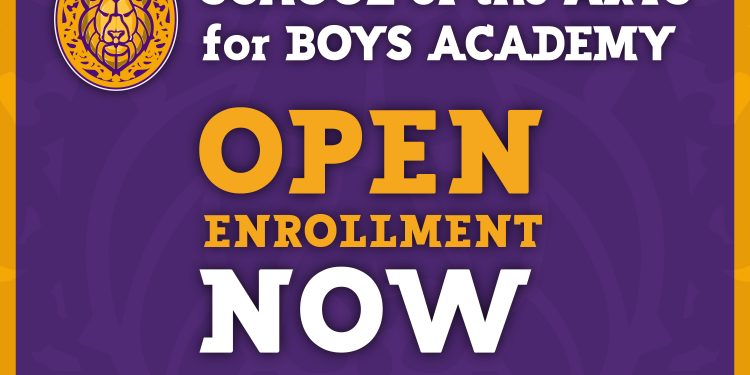 This fall, a new charter school will open, founded in the understanding that boys, particularly black and brown boys from challenged economic means, are more likely to fall through the academic cracks.

The School of the Arts for Boys Academy, or SABA for short, is the brainchild of Valencia Toomer, former principal of Horton Middle School in Pittsboro and former North Carolina teacher of the year, as named by the North Carolina Association of School Administrators. She said she had been thinking about this for most of her career.

“If we take a look at the achievement gap, boys are getting left behind at a more significant rate, around 30–40%, especially black and brown boys,” Toomer said. “Studies show that with a focus on the arts, you can increase the graduation rate and reduce the achievement gap, all the while serving the strategic needs of all boys.”

“I left Horton in June 2020 so that I could pour my heart and time into writing the charter,” she continued. “[Horton] was nothing but great experiences, but the call was greater to save the boys. We’re losing our boys when we should be building boys into men. This charter was approved on an accelerated track because we were able to show the need, that this is a state of emergency.”

She quickly worked to assemble others to assist in her cause. One of the most vocal supporters is Mike Wiley, a Pittsboro resident and recipient of UNC-Chapel Hill’s Distinguished Alumnus Award among other accolades. Wiley not only serves on the board, but will be an artist in residence at the school. He said that Toomer’s idea made the decision to help an easy one.

“She’s seen so many black and brown boys on the bottom of the socioeconomic area fall between the cracks, some that may have gone down the wrong path,” Wiley said. “She decided that a school that could devote time to these students, with arts as a lynchpin, would be able to connect those students to the world, their studies and their future selves. She told me the idea, her dream, and I was immediately on board; I immediately asked what can I do to help.”

The school’s first year, starting this August in a temporary facility, will serve about 116 boys in third, fourth, and fifth grades. But Toomer hopes that once a permanent facility is constructed, it will be able to serve boys grades 3 through 12.

SABA will host a curriculum similar to other schools – math, science, english, history – but will cater that curriculum to reflect the students that it serves.

“[We want our students to know], you will see yourself reflected in the curriculum and in the teachers,” Toomer said. “Research shows that students achieve far more when the person teaching looks like themselves.”

It will also include a robust art curriculum including visual arts, performing arts, and movement based arts, something Wiley said would have benefited him when he was attending school.

“I was seen as a kid who didn’t pay attention or always had my head in the clouds,” Wiley said. “At that young age, I was already dreaming of being an artist. But I wasn’t in a school that nurtured that.”

Both Toomer and Wiley noted that Chatham County is uniquely positioned to host this type of school. The county has a rich culture of artists, the support of artists, and connections to the greater arts community across the state. In addition to partnering with Wiley, the team is working to partner with the Chatham Arts Council, which previously wrote a letter to the state urging passage of SABA’s charter.

“There’s an opportunity to be able to set the bar really high for the school to have a curriculum where young people can get more than a taste of all those fields,” Wiley said.

As a charter school, SABA will receive some state funding for its efforts, but is also performing a robust fundraising campaign to ensure that those that need the school the most will have the ability to benefit from a well-funded curriculum. Saturday, March 20 at The Golf Club at Chapel Ridge to raise funds and build support.

For more information on SABA, visit its website at www.sabaacademy.org.