Bringing the Heat to Health 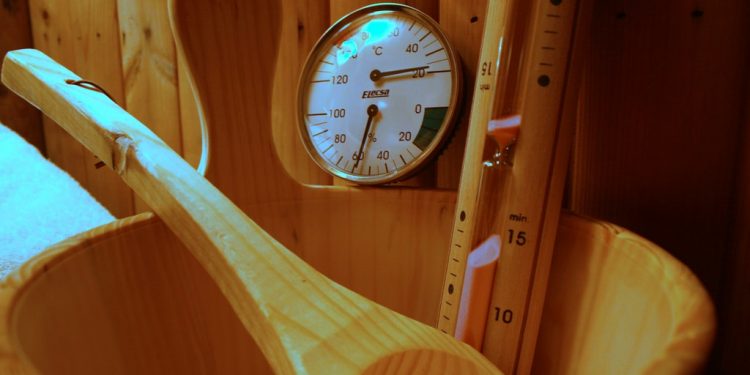 Ancient peoples all over the world have reveled in sauna and steam baths for relaxation and health benefits for thousands of years. Now, medical evidence is emerging that shows our ancestors were right about the benefits of an exhilarating sauna.

Results from recent studies carried out by clinical cardiologist, Jari Laukkanen, MD, PhD, at the University of Eastern Finland, showed that sauna bathing helped reduce the occurrence of heart disease and Alzheimer’s disease.

The subjects of this multi-decade long study were 2,300 men aged 42–60 from Eastern Finland where men have “among the highest rates of heart disease in the world.” The medical team took into account major health indicators such as smoking, alcohol consumption, and blood pressure. Other factors considered were age, body mass index, systolic blood pressure, and previous diagnoses like diabetes and heart disorders.

The sauna bathing habits of these subjects were broken down into three categories: men who took saunas once per week, 2–3 times per week and 4–7 times per week. The average stay in the sauna was fifteen minutes.

The evidence shows that frequency of sauna bathing made a significant difference in outcomes for disease risk.

Men who relaxed in the sauna 4–7 times per week experienced more benefit:

66% less chance for dementia and a

In a previous study focused on heart disease, Laukkanen says “we studied how frequency and duration were associated with cardiovascular outcomes…we also had quite consistent results compared to our dementia study. We found that the risk of sudden cardiac death and fatal cardiovascular events was significantly decreased in men who had the sauna more than four times per week. There was also very clear risk reduction.”

Some reasons for these apparent benefits could be that sauna raises heart rate to levels experienced during moderate exercise. Evidence also shows that sauna has a beneficial effect on the endothelial cells that line the vessels of the heart. These cells are responsible for vasoconstriction and vasodilation; hence their effect on blood pressure. Indeed, the study also demonstrated that men who took saunas 2–3 times per week reduced their chance of high blood pressure by 24%.

Many of Laukkanen’s subjects reported deeper sleep after sauna use. Science has already shown that high quality sleep has a myriad of health benefits.

These two studies by Laukkanen and the sauna habits of humans throughout history offer tantalizing confirmation that we have yet another powerful tool to deploy in our quest to increase the length and pleasure of our lives.

As heat generally dilates tissues of the body, Laukkanen’s findings agree with ancient sciences like Ayurveda, the medical system of yoga that promotes sweat therapy.

So, what’s the mechanism? What are the nuts and bolts behind heat and health?

You’ve no doubt heard the old saying that “cleanliness is next to godliness.” That’s what is happening—deep cleaning of the tissues permeated by sustained heat.

Here’s a simple analogy. We’ve all seen viscous substances appear as a solid when they are cold. When heat is applied, thick becomes fluid and runs like water. We are mostly water and water is known as the universal solvent, i.e., that which dissolves everything.

Ancient systems of medical knowledge understand certain disease conditions in terms of the cold stagnation of phlegm throughout the body. Arterial cholesterol deposits are a good example. In the Ayurvedic medical tradition, hot spices like black pepper, ginger, and many others are used as circulatory stimulants that literally scrape deposits from the arteries and throughout the cellular environment. This again is the deep cleaning of heat whether it’s applied internally or externally.

The human body has a self-cleaning system called autophagy which means self (auto) eating (phagy). Cellular components called phagocytes eat dead cells, bacteria, and other foreign organisms and deliver them to the lysosomes for dismantling and recycling. As we age, autophagy slows down, not simply because of age, but because the cellular environment is impaired by toxins formed by improperly digested food, toxic exposure, poor sleep habits (the body cleans itself when we sleep), and insufficient exercise. So what we end up with is a buildup of toxic phlegm that can cause disease.

When we bring the heat either through spice or sauna, the body’s self-cleaning mechanisms are revved up and we excrete toxins in sweat, urine, breath, and feces.

Heart disease and Alzheimer’s disease present respectively with large and small blood vessels clogged with disease causing types of phlegm. But I’d be willing to bet we could extend these results to other types of diseases as well. I look forward to more research to bear out my hypothesis.

So what are we waiting for—let’s get hot, clean, and healthy!

Thriving Through the Holidays