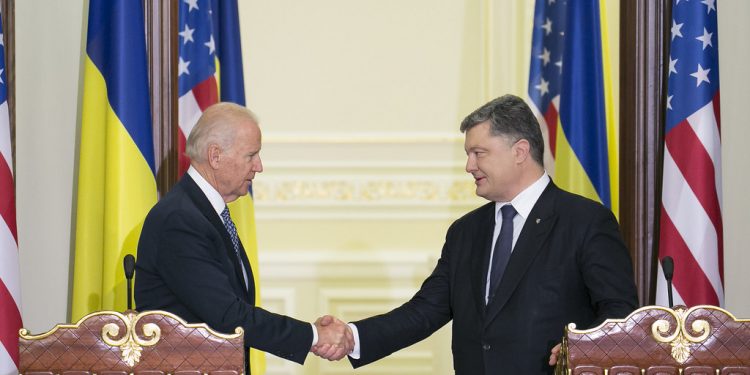 An excellent insight into Joe Biden’s governance capability was given by Osama Bin Laden when Biden was serving as a Vice President in 2010.  In 2011, over Joe Biden’s protests, Obama ordered a mission to kill Osama bin Laden.  The mission was successful by the SEALS and they also discovered a treasure trove of documents.  One of those, made public in 2012, had bin Laden explaining to a subordinate why, while killing Obama and Petraeus was justified, killing Biden would be a mistake since Biden was so incompetent/unprepared that having him as President would be as damaging to the U. S. as any terrorist attack – he would “lead the U.S. into a crisis.”  Prophetic words from the grave!!

We are now in the eighth month of Biden’s presidency and his policy blunders continue to pile up.  It appears that his term may be cut short because of his inability to govern.  This should not be surprising, since he was confined to his basement for much of the campaign and was never exposed to the long campaign trail where a candidate’s positions/character are displayed and the voters truly get to know the candidate.  He came in as a career politician with his most responsible position being Vice President to a President who was voted the worst President in American History.  So he came with a lot of negative baggage with his chief/only virtue being he was not Donald Trump.

He started inauspiciously by eliminating many thousands of well-paying jobs and alienating our closest ally, Canada, by stopping the Keystone pipeline.  However, the act was warmly embraced by Scandinavian adolescents and their intellectual peers – you remember them, they are the ones who placed signs in Glacier National Park that by 2020 the glaciers would all be gone.  Of course, the glaciers, knowing better than the Scandinavian adolescents and their intellectual peers, actually increased in size.  Meanwhile the Russians had an energy pipeline, the Nord Stream 2, that Trump had sanctioned, but Biden reversed that position because pipelines are the safest way to transport energy.  While Biden is throttling U. S energy production, his national security advisor, Jake Sullivan, recently called on OPEC to increase oil production and “should move faster to restore the global supply of gasoline”, because “higher gasoline prices, if left unchecked, risk harming the ongoing global [economic] recovery.”

Despite his naïve handling of the “global warming crisis”, the wheels began falling off when the U. S began withdrawing from Afghanistan.  We had shut down the Bagram Air Force base a month ago and the Taliban was busily taking over.  The administration was warned of this last month by the State Department who said the situation was deteriorating rapidly with Taliban terrorizing Afghans who had helped Americans, and with 10, 000 – 15,000 Americans still in residence.  The Taliban had set up checkpoints around the Hamad Karzai airport, thwarting evacuees.  Apparently, the administration hoped/expected the Taliban would not kill everybody.  Biden came back from vacation to deliver a speech some called brain-dead to assure the American People that the adults were back and everything was under control and the problems, which were created by other people, were being taken care of.  Both he and Jan Psaki were going on vacation, thank you!!

The reaction was quite swift.  In our oldest and most trusted ally, Great Britain, Parliament held Biden in contempt for the “dishonour of the U. S. President’s withdrawal.”  Apparently, Biden talked to no other world leaders before taking this action and did not return Prime Minister Boris Johnson’s call for over 36 hours.  Also, the UK Military was left in the dark about the timing and pace of U S withdrawal. If Biden were trying to cause chaos in Afghanistan, what would he do differently?  This is clearly Biden’s problem – according to a source, Vice President Harris reportedly screamed, “They will not pin this sh*t on me.”  Unfortunately, Biden has left us in the position of being disdained by our allies and unable to strike fear into our enemies!!

CNN, for all of its biased reporting, has hit the nail on the head with this one.  Clarissa Ward characterized this whole debacle as a failure in both planning and execution.  The Biden administration knew Afghanistan was crumbling and didn’t advance evacuation plans from the original target of August 31.  They apparently had no strategy to evacuate the 10-15,000 Americans.  We were unprepared for the arrival of the Taliban in Kabul on August 15.  Failure to plan – failure to execute.  There has been discussion of the 25th Amendment – perhaps it is time.  Parliament has shown its contempt for Biden and it’s time for the U. S. to follow suit.