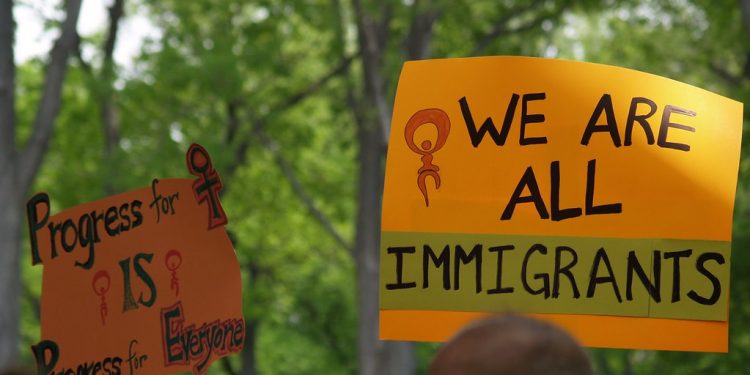 The Biden administration’s first 100 days brought big changes on immigration policy. We’ve seen anti-immigrant regulations such as the Muslim travel ban and the public-charge rule revoked; we’ve seen the president push for citizenship for undocumented workers; and we’ve seen serious efforts to address the border crisis in fair and humane ways, although the massive influx of illegal immigrants arriving at the border continues to pose a serious challenge for this Administration.

Most impressively, we’ve seen the House pass the Dream and Promise Act (DPA) and the Farm Workforce Modernization Act (FWMA). If affirmed by the Senate, these historic bills will create a pathway to citizenship for the Dreamers, and give lawful guest-worker status to the undocumented farm laborers who support North Carolina’s agricultural economy.

Speaking to Congress last week, President Biden called on lawmakers to “end our exhausting war over immigration” by helping Dreamers and farmworkers. It’s a laudable sentiment, and I hope Sens. Richard Burr and Thom Tillis will reach across the aisle to support these vital initiatives.

But as I look around my community, I know we need more than just action for Dreamers and farmworkers to put our immigration system back on track. Here in the Research Triangle, employers lack access to the skilled workers who fuel our innovation-based economy. I hope our lawmakers will help pass the DPA and the FWMA — but I’m also urging them to support our international students, skilled immigrants, and heroic foreign-born healthcare professionals.

In the Raleigh area, almost a quarter of immigrants hold a graduate degree, compared to less than a sixth of the native-born population. Statewide, according to New American Economy, immigrants make up more than 18% of our workforce in science, technology, and engineering-related (STEM) fields. In some technical fields the rates are far higher: 35% of our software developers were born overseas, for instance. With a dearth of skilled Americans, it’s no wonder that in fiscal 2020, seven of the ten fastest growing occupations where employers requested high-skilled worker visas were computer-related, according to a forthcoming study from NAE and Envoy Global.

The Biden administration was smart to let the Trump-era ban on skilled foreign workers lapse, but it’s not enough. The H1B system is supposed to help employers recruit workers with urgently needed skills. If things work out, these workers can graduate to permanent status. But too often, skilled-worker status is a dead end. Green cards are assigned on a per-country basis, so workers from countries with large populations get stuck in a decades-long queue for permanent residency. It’s estimated that 200,000 skilled Indian-born immigrants could die of old age before receiving their green cards.

Without green cards, skilled workers can’t change employers or start businesses. The visa trap is especially unfair to foreign-born doctors and nurses. They make up 7.3% of our healthcare workforce, but live in constant limbo. Temporary work visas are only valid while you’re actively employed, so frontline doctors and nurses who contract COVID-19 could be deported for missing work.

Our foreign-born healthcare professionals deserve better, and lawmakers should move swiftly to give them a streamlined pathway to permanent status. Earlier this year, the Biden administration proposed the U.S. Citizenship Act of 2021, which would eliminate the country cap and increase the number of green cards issued. Other recent legislation would set aside 40,000 unused green cards for immigrant healthcare workers, to ensure that people leading our fight against COVID-19 don’t have to worry about losing their immigration status if they fall ill.

I know first-hand how important it is to allow skilled workers to put down permanent roots. My own parents came here from India so that my father could work as a rural surgeon. Because they were given a chance to build lives here, thousands of patients received quality healthcare — and I grew up as a proud American, dedicated myself to serving our community, and became our state’s first Asian American elected official.

Speaking to Congress, President Biden urged lawmakers to “at least pass what we agree on,” and pass legislation to help Dreamers and farmworkers. That’s a smart approach to solving our immigration crisis. But we need to make sure that skilled workers don’t get sidelined. Everyone agrees about the need to help the Dreamers and farmworkers — but everyone should also agree that it makes sense to help our state’s businesses access the talent they need to keep growing.

The Biden administration is doing what it can to give employers access to workers with urgently needed skills, and to create a fairer system for skilled workers and healthcare professionals. But we need legislative action, too. That’s why I hope Sens. Burr and Tillis will help pass the DPA and the FWMA — and then start work on additional solutions for the skilled immigrants who fuel our state’s economy.

Steve Rao is a council member, former Mayor Pro Tem of Morrisville, NC, and a Board Member of the New American Economy, a bipartisan coalition of Mayors and Business Leaders, committed to Comprehensive Immigration Reform. He also serves as Of Counsel to State Federal Strategies, a government relations and lobbying firm.