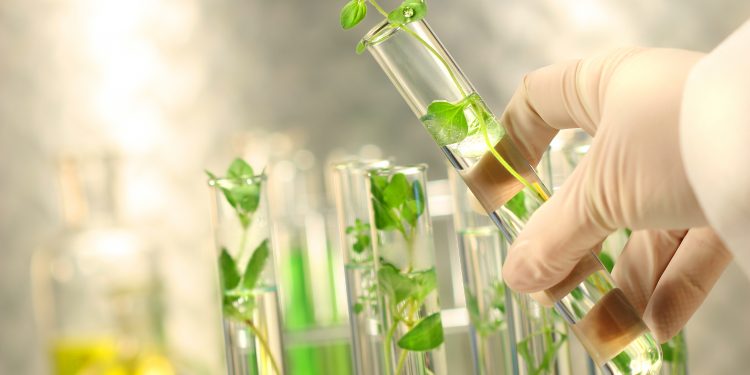 Have you ever had the experience of delivering a pioneering truth in the face of skepticism? Have you looked into blank faces with the idea that somebody thinks you’re a bit off your rocker? Have you persisted in speaking that truth regardless of said skepticism? But perhaps you’ve also enjoyed the best part of this whole process: an authoritative source comes along and confirms everything you’ve been saying for years. I have.

I recently relished that very confirmation on the 6 February 2021 broadcast of the Peoples’ Pharmacy on WUNC where I’m the weekend morning host.

Since the beginning of the pandemic, I’ve been promoting ancient knowledge that shows the comprehensive effectiveness of antiviral plant medicines to address disease caused by the coronavirus family and a broad spectrum of other pathogenic microorganisms. Research abounds that validates how efficiently numerous plant medicines inhibit viruses by binding to any of several sites on their envelopes and stopping them from replicating. At the same time, the composite and plentiful constituents of these plants stimulate the immune system to produce more defensive components like T-killer cells and macrophages that kill and eat viruses to stop infection.

Ten days ago on the Peoples’ Pharmacy, Dr. Bill Rawls ran down the list of so much of what I’ve been saying about specific plant species and their ability to prevent and cure viral disease.

So, who is Dr. Bill Rawls? He is a physician whose life was hijacked by Lyme’s Disease in his mid-forties. Always an active outdoorsman, Rawls acquired countless tick bites during his youth and may have long harbored Borrelia burgdorferi, the bacterium that causes Lyme’s Disease.

As life and his medical practice got more demanding, stress and fatigue sapped his immune function, and his health took a sharp turn for the worse with the diagnosis of chronic Lyme’s Disease. Long story short, modern medicine failed to restore his health, so he was forced to turn to the ancient wisdom of plant medicines. With herbal medicine, Rawls cured himself of Lyme’s symptoms and returned to vigorous health.

This illustrates one of my primary contentions about disease. All of us harbor many disease-causing germs at any given time. However, not until we are run down does the immune system succumb to actual infection. Remember, the 18th Century chemist Bechamp declared that the condition of the immune system is the primary factor in disease formation rather than the viruses or bacteria themselves. You may test positive for coronavirus or other germs but not get sick because your immune system is strong and doing its job keeping you healthy.

Now, Dr. Rawls has turned his attention to treating COVID “long-haulers,” people with chronic COVID symptoms for whom medicine has failed to help.

Plants are multicellular organisms similar to humans, and they are ingenious manufacturers of thousands of antimicrobial compounds like polyphenols that also help them resist the effects of stress, damaging free radicals, toxins, insects and other would-be attackers. When we use these plant medicines, they confer that same multi-faceted protection on us. Plant medicines protect us by multiple, elaborate strategies to which micro-organisms don’t develop resistance. Viruses however, do quickly learn to evade vaccines which offer only simple, static, temporary protection.

These polyphenols directly inhibit the SARS Co-V2 virus with a compound scheme which includes binding to various viral enzymes to inactivate them; they suppress the out-of-control cytokine storm that kills patients in the later stages of the disease and reduces viral gene expression.

His research confirms the antiviral effectiveness of many of the same plants I’ve mentioned in past columns like elderberry, andrographis (kalmegh), garlic, licorice, myrrh, turmeric and ginger—and that’s the short list. (COVID-19: Is There Evidence for the Use of Herbal Medicines as Adjuvant Symptomatic Therapy? (nih.gov) at https://www.ncbi.nlm.nih.gov/pmc/articles/PMC7542597/.)

We have already seen new variants of the virus that have developed resistance to current vaccines. We are and always will be pharmaceutically behind the curve with this and other viruses. SARS Co-V2 is faster, smarter and much more agile than modern medical science. Vaccines will be helpful in slowing the pandemic, but scientists are no longer talking in terms of defeating it. The virus and its ever-growing variety of variants are now endemic—they will be with us always. There may be no “after this is all over.” Instead, we’ll be learning to peacefully co-exist with it. Plant medicines are the missing piece to solving this puzzle.

Just like Dr. Rawls’ victory over Lyme’s Disease with the use of plant medicines, we can rely on these same plants to remain disease free even while we host the virus as a constant resident within our bodies and our society.

Tim Keim is an Ayurvedic Practitioner and Yoga Therapist based in Pittsboro. timkeim811@yahoo.com

How Free Radicals Damage Every Cell in ...

Hoping for Pandemic Pandemonium to Fade Away