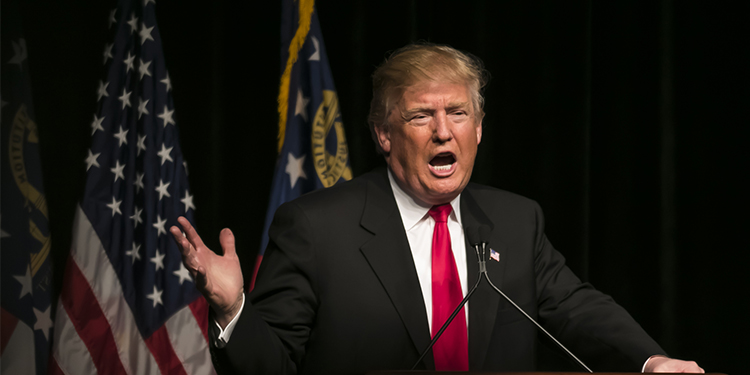 As a mother and grandmother, I would like to leave behind for my daughter and grandson an America that promises physical security, traditional morality, and economic prosperity. In order to ensure these goals, the country needs clairvoyant, bold, and resolute leadership of President Donald Trump for four more years.

Living in Chatham County, North Carolina, the relatively sparce population in the rural landscape makes gun ownership important for physical security. Thus, gun rights are important to rural families. I very much appreciate that Trump has been clear and forceful in his support for the Second Amendment.

In firmly supporting our police and veterans, Trump favors a strong military. This provides a sense of security both locally in Chatham County and nationally in America. Also, he wants to get the United States out of endless foreign wars and save us from the quagmire of nation-building, which is a disservice to our national interest.

According to Hans von Spakovsky of the Heritage Foundation, non-citizens accounted for 64% of all federal arrests. The same category of people was responsible for 24% of drug arrests, 25% of property damage arrests, and 28% of fraud arrests. Drugs coming across the border are killing our children and ruining lives. This is very personal for me as I had lost my son in 1997 to drug overdose. The United States welcomes legal immigrants, but illegal immigration poses a serious challenge to our territorial integrity as a sovereign country and the well-being of the citizenry.

Mary Vought of Real Clear Politics noted that 7 million jobs have been created since Trump was elected in 2016. In filling more than 4 million of those new jobs, the 3.2% unemployment rate for women has been the lowest since 1953. Vought added that the number of women in poverty decreased by 1.5 million in the first two years of the Trump Administration. A strong economy provides employment; the U.S. economy boomed under the free-market policy of Donald Trump. In spite of the temporary challenge under the current pandemic, a second-term for President Trump promises the fastest and surest way to economic recovery.

The 1993 Family and Medical Leave Act made federal employees eligible for 12 weeks of unpaid parental leave. The Trump Administration changed for the federal civilian workforce the 12 weeks from unpaid to paid parental leave in caring for a new baby after birth, adoption, or starting foster care. Covered under the National Defense Authorization Act that President Trump signed in December 2019, the provision is scheduled to go into effect in October 2020. This will tremendously benefit working mothers (and single fathers) in rural and urban America, including in the suburbs.

People may not agree with Donald Trump’s personality and New York brashness, but he has been very courageous in raising issues that are important to many Americans, including to women. In earning my confidence and trust, Trump will surely have my vote for a second-term as the President of the United States.